Healthy low carb dough balls made with coconut flour and flavoured with sun dried tomatoes and olives.  Add some cheese and you have a delicious appetiser or snack.

I've been playing around with this dough balls recipe and although initially I added Feta cheese to this, the second batch I made without it received a bigger applause from the Chief Taster.  However, I did smother the second batch with cheese so that's probably why I got the applause as he adores cheese.  I still liked the first batch and think the addition of Feta was not something to rule out.  The Chief Taster said it was a bit too “busy” with flavours for him.  I would happily have all three flavours on a pizza though so can’t see why they shouldn’t be put together in a dough ball.

Nonetheless, this is the final version and was delicious.  Slightly firm on the outside with a soft doughy middle.  The sundried tomatoes and olives go well together in this dough balls recipe.  Ensure that they are chopped well so they distribute evenly in the dough.

The Parmesan cheese I used for this recipe was fresh rather than the dried packaged cheese.  I think that it gives the dough balls a slightly moister consistency but the dried Parmesan would be okay to use.  Perhaps add a couple of extra tablespoons if you are not using fresh though. 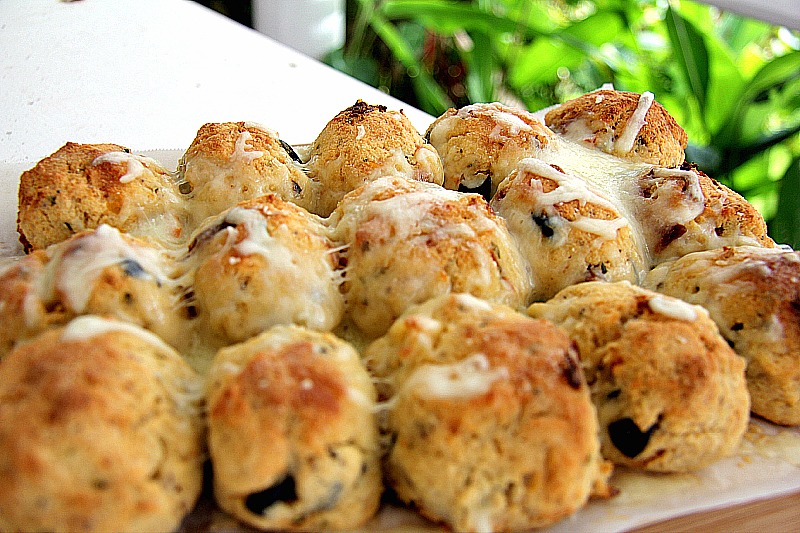 I served these with a small bowl of garlic butter for dipping which I thoroughly recommend doing!  For a quick garlic butter, just add some garlic powder to soft butter, blend and voila! Dip away my friend! Dip away! 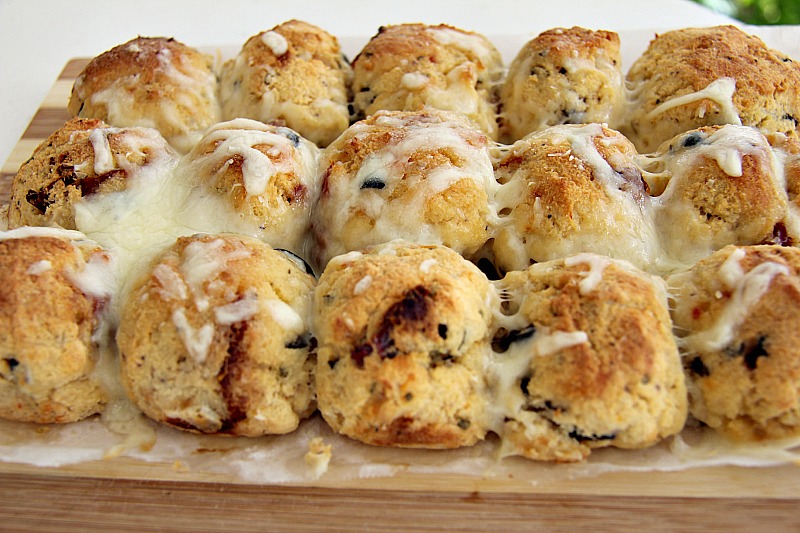 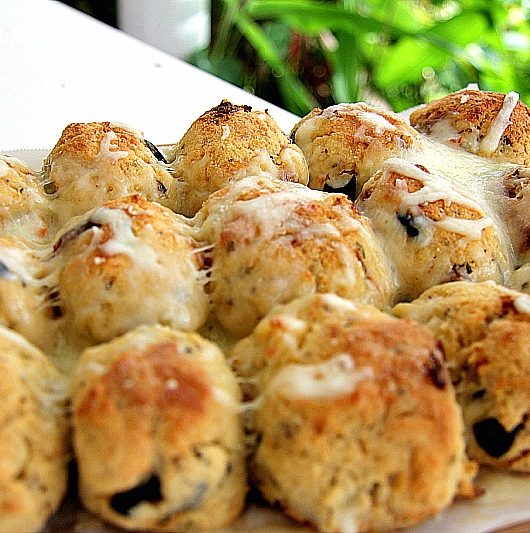