These keto cinnamon sticks are just so moreish that you will not be able to stop at one!  Or maybe I was extra hungry after smelling the cooking as the scent of cinnamon cooking is one of my favourite smells.

I used my beloved coconut flour and a dash of psyllium husk powder to give this recipe a dough like mixture as well as being low carb and gluten free.   I am yet to try this with almond flour and would think that it should work just as good but just reduce the water as 1 cup may be too much.

There is something about the cream cheese topping that just goes so perfectly with the cinnamon sticks too.  If you have any left over, put it in a dish and dip the breadsticks in.  You will not be dissapointed!

OTHER CINNAMON RECIPES TO ENJOY 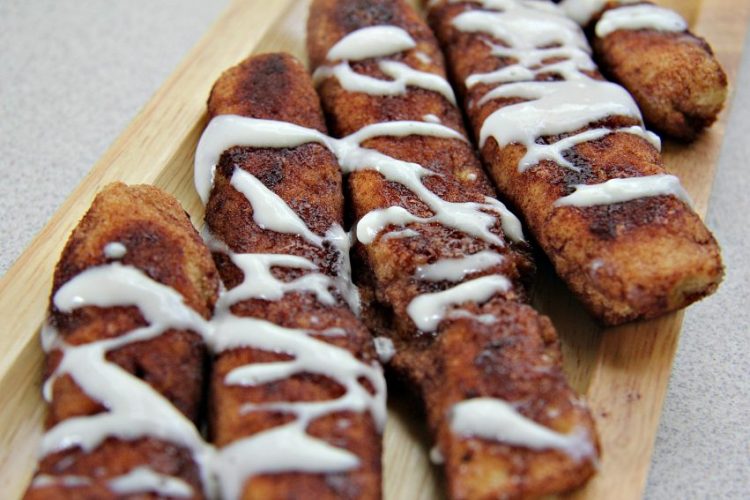 Serving: 1stickCalories: 124kcalCarbohydrates: 8gProtein: 1gFat: 9gFiber: 3g
Have you tried this recipe? Leave a review or take a picture and share it on InstagramMention @Divalicious_Recipes or tag #divaliciousrecipes