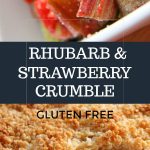 A healthier rhubarb and strawberry crumble with the addition of coconut to add something sweet.  A great dessert for summer. Try some with some coconut cream.

I saw some rhubarb in the supermarket and instantly thought "crumble!".  I added desiccated coconut to the topping and strawberries to the filling to give it a little lift to the normal rhubarb crumble that I make.  It was delicious.  I loved the coconut topping and thought it went well with the rhubarb.   Just keep an eye on it during cooking that it does not burn though!  If it starts to look too dark in colour, cover it with some greaseproof paper.  Strawberries and rhubarb....a great summer combination!

If you don't have fresh rhubarb, frozen will do.  The same goes for the strawberries but it won't quite be the same as fresh. 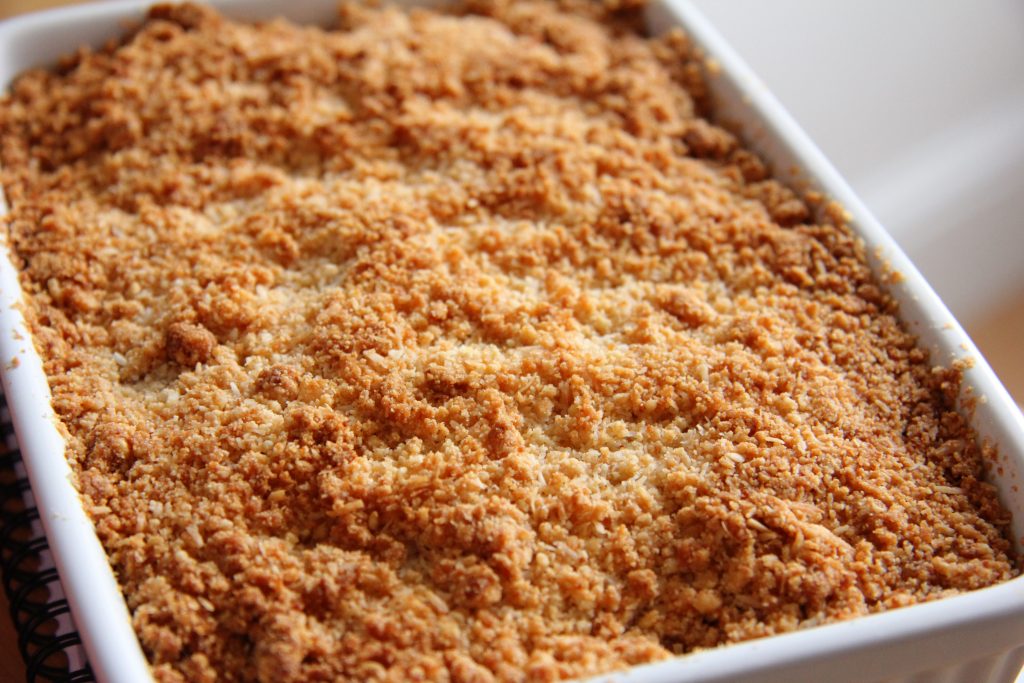 I normally used just almond flour for a gluten free crumble, but thought I would add some coconut flour too since I was also using dried coconut.   I like the flavour combination of rhubarb and coconut....must start to play around with this a bit more.....mmmm 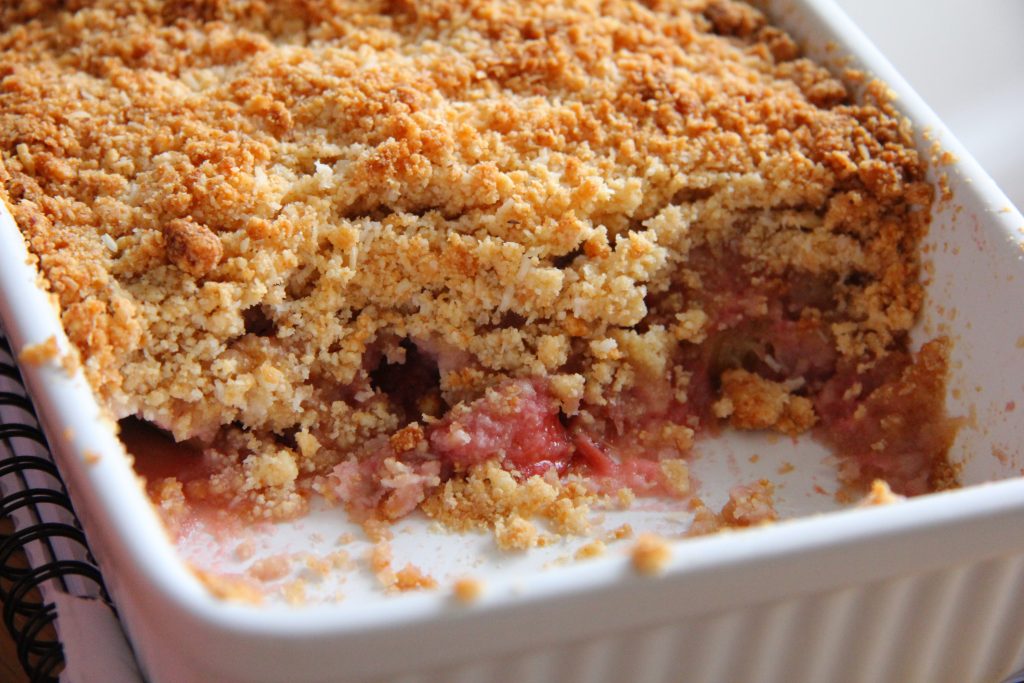 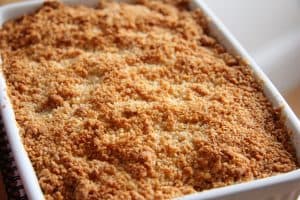 Nutritional Information per quarter - 489 Calories, 39g Fat, 11g Protein, 29g Total Carbs, 15g Fibre, 14g Net Carbs
Have you tried this recipe? Leave a review or take a picture and share it on InstagramMention @Divalicious_Recipes or tag #divaliciousrecipes
You Might Also Like
Baked Ratatouille