This keto cinnamon donuts are a delicious baked light and tasty donut. These are a great gluten free alternative to a sugary donut that do not compromise on taste.

One of my favourite donut toppings is cinnamon and this definitely hails back to being brought up in a British seaside town...the smell of the cinnamon over hot donuts...mmmmm....   This is the healthy low carb alternative to deep friend donuts that are made with coconut flour.    The only downside to this is that coconut flour is so filling...I am looking at a large batch of them and want to eat them all, but can't ...am too full.  Damn you fibre!

How to Make Keto Donuts

These keto cinnamon donuts are a great start to low carb baking. It is one of my easiest baking recipes that you can't go wrong with. A donut tin for baking is essential and they are now readily available in stores and large supermarkets. If all fails, Amazon will be your friend. 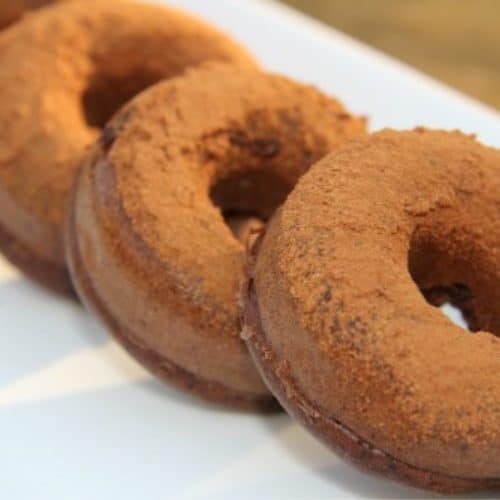 Serving: 1donutCalories: 307kcalCarbohydrates: 12gProtein: 8gFat: 26gFiber: 7g
Have you tried this recipe? Leave a review or take a picture and share it on InstagramMention @Divalicious_Recipes or tag #divaliciousrecipes