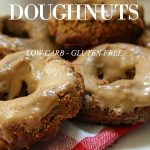 Coffee doughnuts baked with coconut flour are a healthy way to start the day and get your caffeine kick!

One morning I had a hankering for a doughnut and a coffee so thought why don’t I combine the two?  I was driving past Dunkin Donuts at the time, so that’s probably what put the idea into my heat.  A coffee doughnut would make a great breakfast on the go whilst giving you that kick you need. 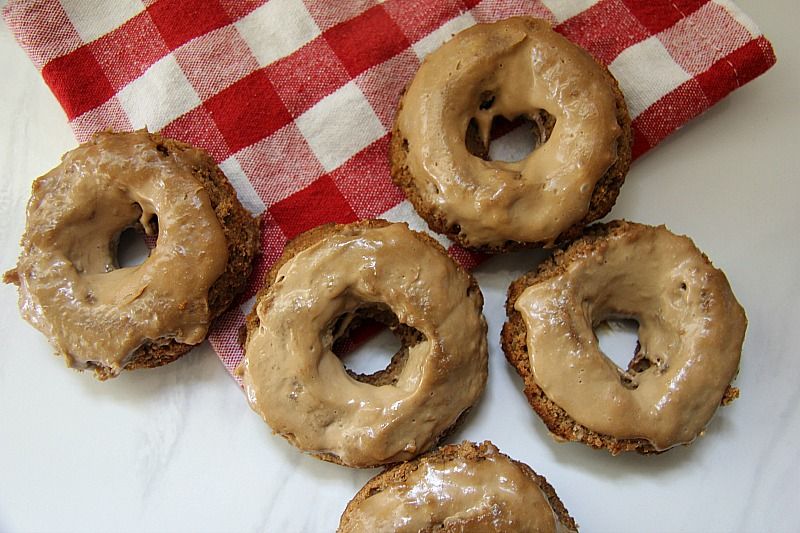 I must be careful with my caffeine intake as it will keep me up all night if I have any after 2pm.  So, this is a breakfast treat for me.  Unless I am up late trying to write up a recipe then I need all the help I can get.   Especially when being interrupted by the mini zoo. 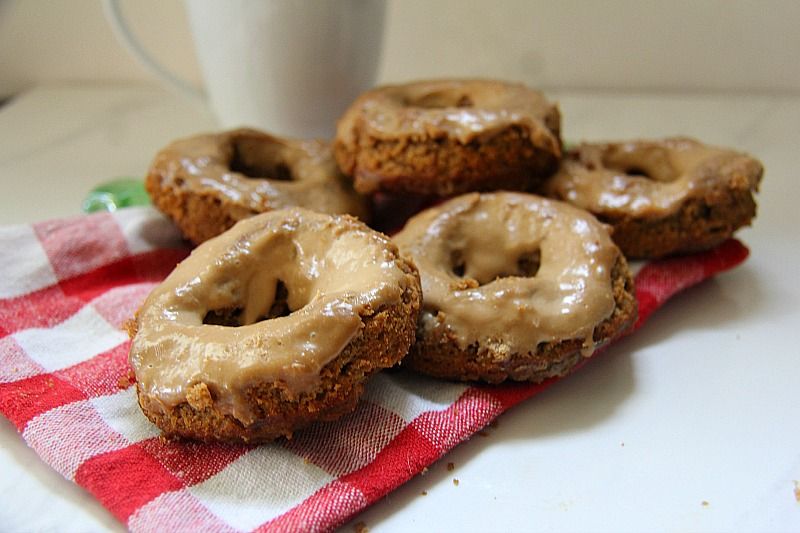 The donut mixture is a great recipe and if you are not too keen on coffee, have a play around with it and use another flavour instead of the coffee.  Cocoa powder works well too.   Baked donuts are a healthier alternative to the deep-fried ones.   Well, let’s all be honest, it’s a type of cake baked into a donut shape tin!   It’s a mind over matter approach!

The topping is a delicious cream cheese topping that I wanted to imitate an iced doughnut topping.  But without the powdered sugar.   I initially mixed all the topping ingredients together, but the mixture was too thick.  So, I melted it in the microwave until it was between liquid and soft.  Dunked the coffee doughnuts into the topping and voila!  A shiny and tasty coffee topping too! 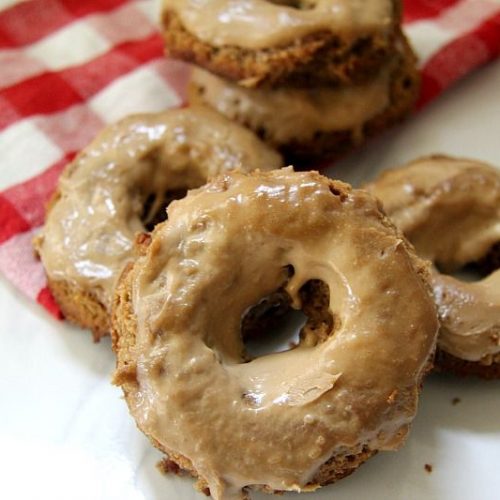 Calories: 262kcal
Have you tried this recipe? Leave a review or take a picture and share it on InstagramMention @Divalicious_Recipes or tag #divaliciousrecipes