These keto donuts are flavoured with chocolate and cinnamon.  Baked with coconut flour they are a healthier alternative to store bought donuts.

I love my hot chocolate sprinkled with cinnamon, so in this recipe put them together in a donut form.  Seems logical to me!  The husband voted these keto donuts as his favourite...although that may change with the next batch for him to test.   I love how moist these donuts are, and it's a credit to the joys of coconut flour.  Along with the coconut oil and milk which are all wonderfully low carb for you. 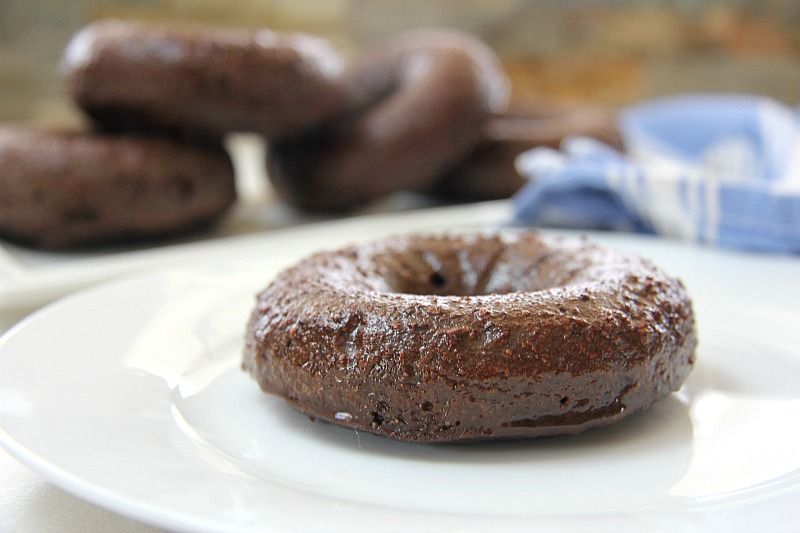 Did you know that there are on average about 22g net carbs in a store bought donut? That's just over a low carb daily allowance!  Wow!   These donuts are just 5g net carbs each so you can enjoy them without the guilt.

You will need a donut tin to make these low carb donuts.   I have started using a silicone tin and just love it.  My metal one was getting a bit over used and the donuts had to be scraped out.  With a silicone tin they just pop out easily.  Although between you and me, when making the video for this recipe, I thought that I would show the keto donuts being removed from the tin.  Of course the first one stuck for the very first time!  So you don't see me struggling to get a donut out nor hear the swearing!  The others popped out beautifully, but it's why you only see 5 keto donuts in the photos too... 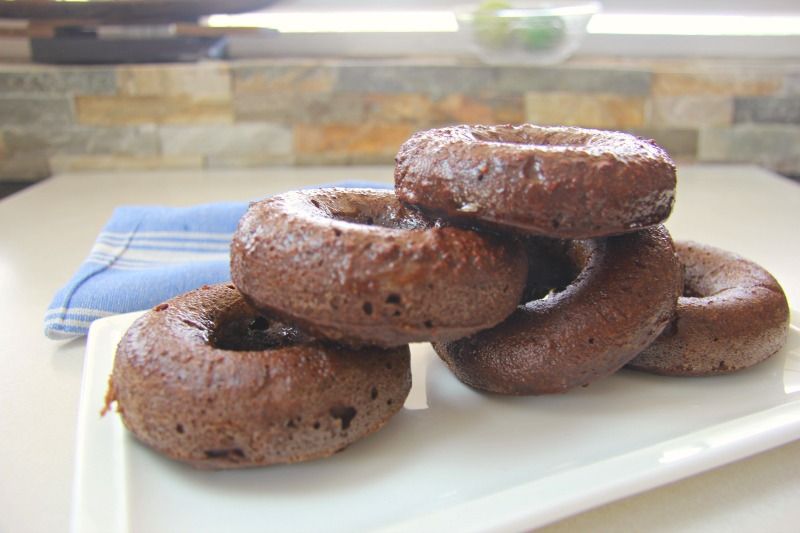 The melted cinnamon butter acts as a delicious glaze and gives you another layer of cinnamon taste.  They help keep the keto donut moist too when kept in the fridge.  Yes, the last batch survived the night under the hunger pangs of the Chief Taster so I can confirm that they store well in the fridge. 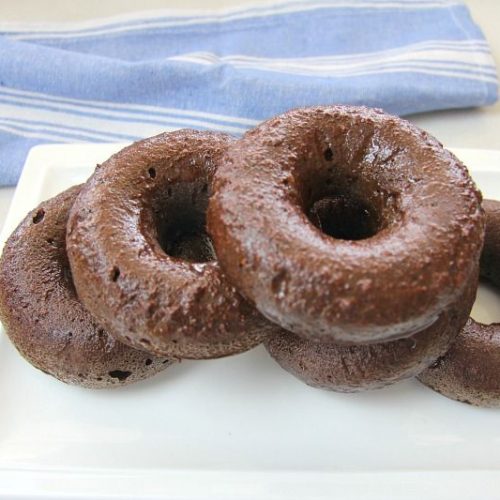 Makes 6 Donuts Nutritional Info per Donut:  263 Calories, 22g Fat, 8g Protein, 12g Total Carbs, 7g Fibre, 5g Net Carbs Any nutritional analysis on the website is based on an estimate, calculated by http://nutritiondata.self.com from the individual ingredients in each recipe. Variations may occur for various reasons, including product availability and food preparation. We make no representation or warranty of the accuracy of this information.

Serving: 1donutCalories: 263kcalCarbohydrates: 12gProtein: 8gFat: 22gFiber: 7g
Have you tried this recipe? Leave a review or take a picture and share it on InstagramMention @Divalicious_Recipes or tag #divaliciousrecipes