An easy Cajun spiced chicken dish that is an efficient way of using chicken breasts, as well as being a tasty meal.   It looks good sliced too!

A rolled-out chicken breast could not be simpler and is a dish that makes you think why haven’t I done this before!  Whereas some rolled stuffed chicken dishes will have a filling, here Cajun spices are used to flavour the chicken throughout.  It also means that there will be no filling oozing out as you bake it but it is still a moist and tender chicken. It is now currently the Chief Taster’s frequent request and I’m making this on a weekly basis now.

What I love about this cajun chicken recipe is that as well as being easy to make there is now tying up the breast with copious amounts of string to keep it in place.  It really is as simple as season, roll and bake!  I will be trying this method with a few stuffing variations though later.  Once the Chief Taster has gotten bored of this one though.

The Cajun spice mix is similar to my blackened spice mix.  If you enjoy this, mosey on over to the blackened salmon recipe for that spice recipe.   Alternatively, cheat and just purchase a jar of ready mixed Cajun spice from the supermarket.   I often make up a batch of both the Cajun spice and blackened spice and store them in my cupboard.  It’s great to have on hand and a dash sprinkled on eggs in the morning is lovely too.

This chicken recipe is a great way to stretch out a couple of chicken breasts.  I can make this last for a couple of days with the Chief Taster which helps the household budget.  He will have one half sliced for dinner, then the next day, the remaining breast is sliced cold and served with a salad or used as a sandwich filling (homemade low carb rolls naturally!).  Sometimes in a wrap as that seems to be his favourite.   He’s spoilt.  I often tease him that his second wife won’t cook as well as I do!  Once at a wedding I introduced him as my “first husband” which I thought was funny.  He didn’t see the funny side and I won’t be doing that again.  Well, perhaps if I am in an extra cheeky mood and there’s a free bar.

How to Make a Chicken Breast Roll

Cutting the chicken breast this way is called butterfly. It’s basically cutting and opening the chicken breast so it looks like a butterfly.  Whoever came up with that term should post photos of their butterflies in their garden as no butterfly in my garden looks anything like a cut up chicken breast!  If you are unsure of how to slice the chicken this way, there are a lot of videos of how to do this on YouTube.  To be honest cutting up meat is not my strength and I quietly curse the meat eating husband at times.  My cunning plan to turn him vegetarian doesn’t seem to be quite working.

Sometimes supermarkets sell flattened chicken breasts but personally you will get a larger piece of chicken for your money by purchasing a boneless breast and flattening it yourself.   Flattening out the chicken breast with a rolling pin can be very therapeutic and a stress reliever.  As you are pounding the chicken, think of all the things that annoy you and work that rolling pin!  Said you would wash up? Bang! Still can’t get my name right after 25 years? Bang!  Tell me I’ve had enough and you are not serving me? Bang!  All issues are slowly worked through.  If the chicken becomes paper thin than you might need to see someone in a professional capacity…

OTHER CHICKEN DISHES TO ENJOY: 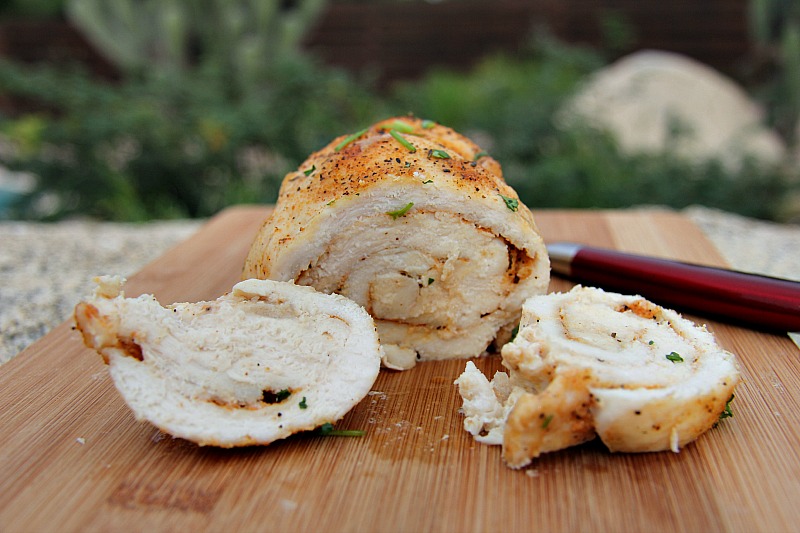