Chicken shawarma is a zesty, garlic dish with a warm spicy yoghurt sauce.   Here I have sliced the chicken and gently pan fried it, then served with a low carb and gluten free flat bread.  It is normally rolled up like a burrito, but you could also serve it like an open sandwich to show off the delicious chicken.

Chicken shawarma was introduced to us when we lived in Dubai.  It was the go to dish for those who had partied late!   You would also get “Shawarma Men” catering at parties.   There would be a huge slab of marinated chicken cut into soft slices and served in warm Arabic flat bread.  It was always a hit and beats a buffet hands down every time!

There are many regional versions of chicken shawarma just as there are many different dialects of Arabic.  When I was researching making this recipe the Chief Taster was shouting in the background “go for Lebanese”.  We have such a love for Lebanese food and you can’t go wrong with any of their food.  I would move there like a shot if he was offered a job there!  It’s one of my favourite countries in the world with amazing people, food and landscape.   However, I was trying to recreate the chicken shawarma he had in Dubai so made a combination of a Lebanese and an Emirati recipe.  This recipe was given the thumbs up by the Chief Taster so I was happy.

I used Greek yoghurt for this recipe but plain natural yoghurt would do.  If you wanted to cut down the carbs a bit more, you could use sour cream but perhaps add a bit less lemon to counteract the tartness of the cream.   Normal cream would not work as the marinade sauce needs to be thick.

The longer the chicken is marinated the better.  I made one big batch of chicken shawarma in the morning, thinking that the marinade would work its magic by dinner time.   The Chief Taster commented that the citrus taste was a bit over powering.   I had made a large batch as part of an experiment on how long I really did need to marinade the chicken.  Chicken shawarma was then served for lunch the next day.  This time the Chief Taster was much happier and announced, “that’s it!”.  It was the same batch but proved that this is definitely at least a 24-hour marinade.

You could bake this chicken shawarma in the oven but I decided to cook it in a covered saucepan, that way the chicken kept moist whilst the lid was on and the sauce did not dry up too much.   It is so difficult as a vegetarian when cooking meat dishes (for the obvious reason) but not being able to taste it as you cook it means that you must make a few judgement calls.  If you made a lot of marinade you could happily stir fry the chicken and add more marinade as necessary to ensure that the chicken is kept moist.  If you wanted to add this to your BBQ, cut the chicken into chunks, place on a skewer and barbeque away!  It’s a recipe that can be cooked anywhere!  If you have heat and a marinated chicken you are good to go!

This chicken shawarma recipe is a great dish to make ahead.  Just let it sit and the spices work their magic.  Then cook, eat and enjoy!   Best served with soft flat bread (low carb of course!) but you could work it into a salad if need be.   Or a side of cauliflower rice. 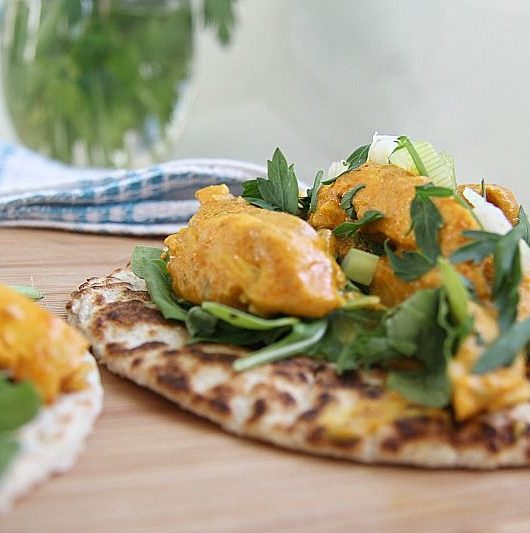