These mini chicken pies are gluten free and low carb with a delicious pastry made with coconut flour.  You could use the dough mixture to make larger pies but the small ones, baked in muffin tins, are rather cute.

Can you hear the sounds of the Chief Taster doing his happy dance?  He finally has a chicken pie recipe that I can work with and is already talking with excitement about the turkey pie is expecting at Christmas.    The dough recipe is a great healthy alternative too.  I used it for a vegetarian version and just loved it (recipe coming soon)!  It's great warm and just as delicious cold the next day. 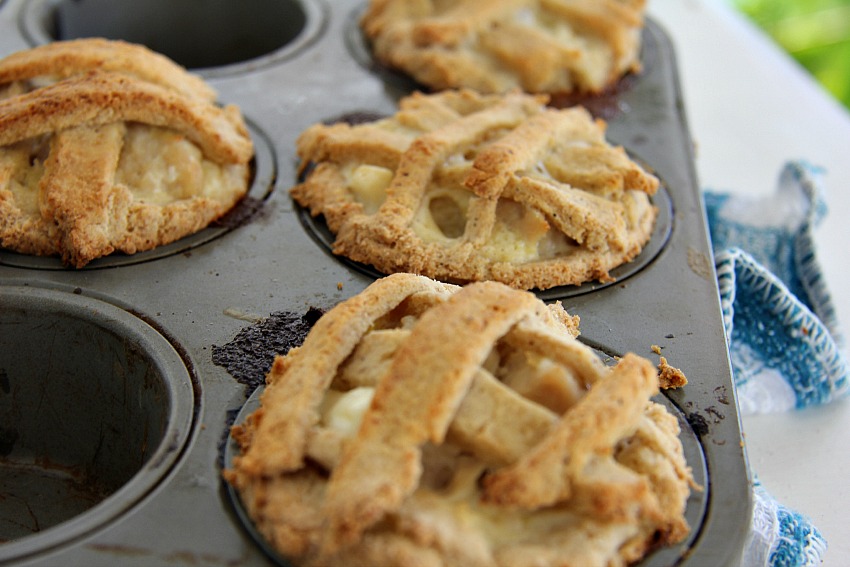 I did have intentions of making a chicken pot pie with more vegetable fillings, but did not cut the chicken into small enough chunks so it's just a plain chicken pie.  Some broccoli would have gone well with it, but I think because I used a muffin tin to make the mini pies this limited my filling.  The Chief Taster did not complain though as he had mouthfuls of chicken and pastry!   I need to try to use this dough recipe in a larger pie dish next!

The topping was made of strips of pastry purely for effect but you could roll out the pastry and made a lid to seal the mixture too.   This dough is just so great and flexible!  When I finally get my hands on some almond flour I must see if I can do the same with that too.  Pies for everyone!

If you wanted to make this Paleo, just omit the cream cheese.  I used it to make the filling creamy as that's what the Chief Taster prefers.   I also think that thyme as a herb would pair nicely with the chicken but feel free to create your own taste. 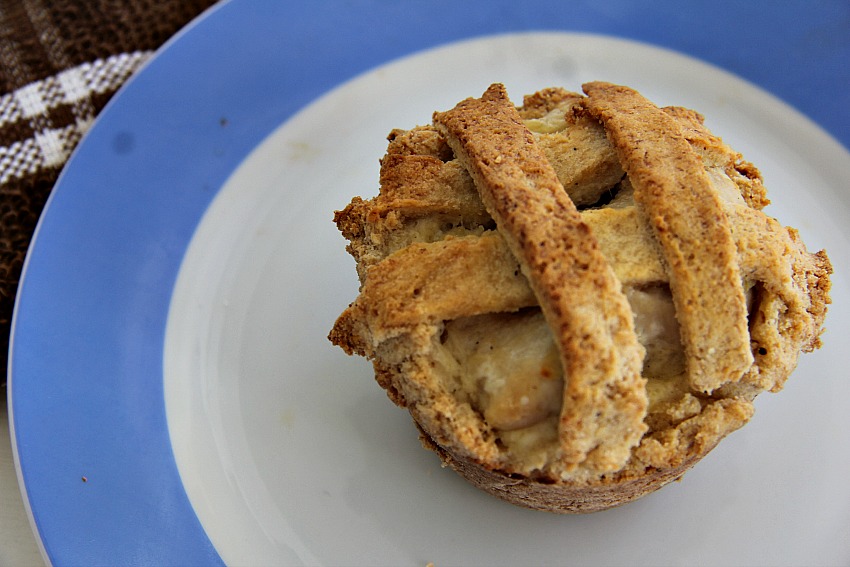 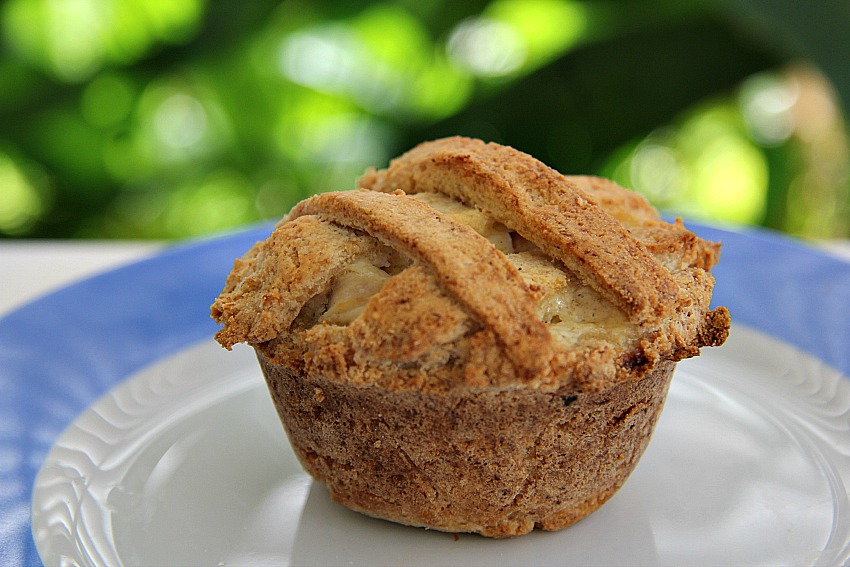