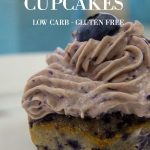 These blueberry cupcakes are baked with coconut flour and topped with a blueberry cream cheese topping.   A colourful and tasty cupcake for an afternoon treat.

The blueberries are blended in this blueberry recipe rather than baking them whole.  As well as giving the cream cheese frosting a natural colour, I decided to throw it into the cupcake batter too.   I normally use coconut milk for this trusty coconut flour cupcake recipe but omitted it and replaced it with blueberries.  This gives the cupcakes a slight blue colour and disperses the blueberry flavour throughout the cupcakes. 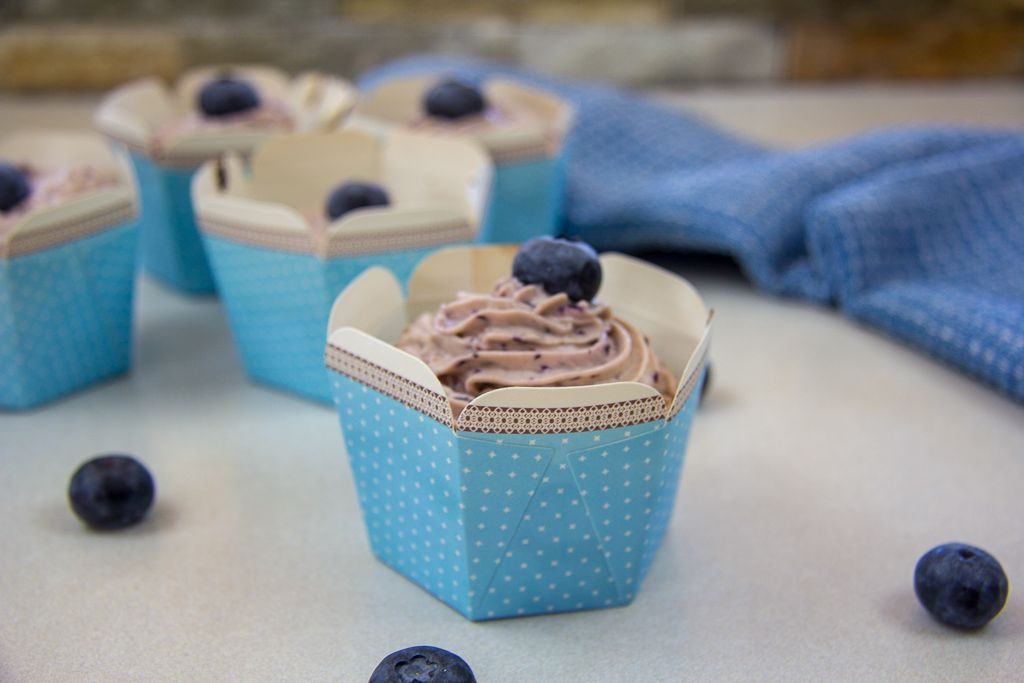 I was shopping in a local store and came across these pretty cardboard cupcake cases which just screamed out, “bake something with blueberries” to me.  I have never tried this type of case before, so I was a bit unsure about using them.

The oven did not go up in flames and they cooked wonderfully in these cases.   The cases would make a great blueberry muffin case too, but that’s for another recipe, another day. 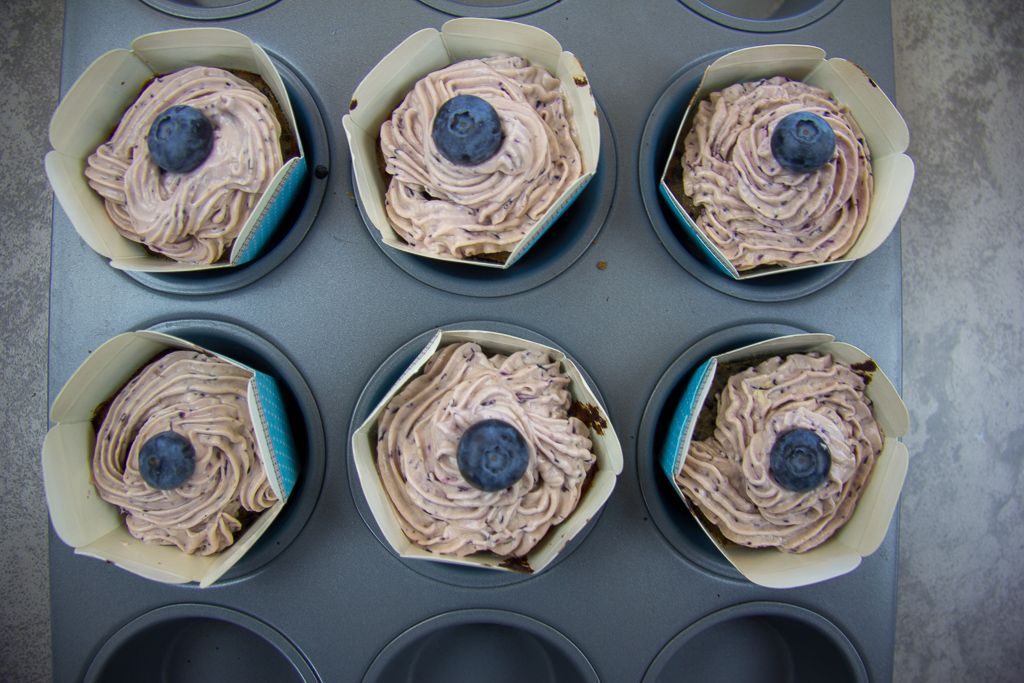 I used about 5 ounces of blueberries to make the blend and had a little bit over.  I added chia seeds to the leftovers for a quick and dirty chia jam.   You might want to adjust the number of blended blueberries in your cupcake and frosting, depending upon what colour you like for both.   I was trying to get the frosting a bit bluer and think it could only be achieved with a drop of food colouring which I did not want to use. 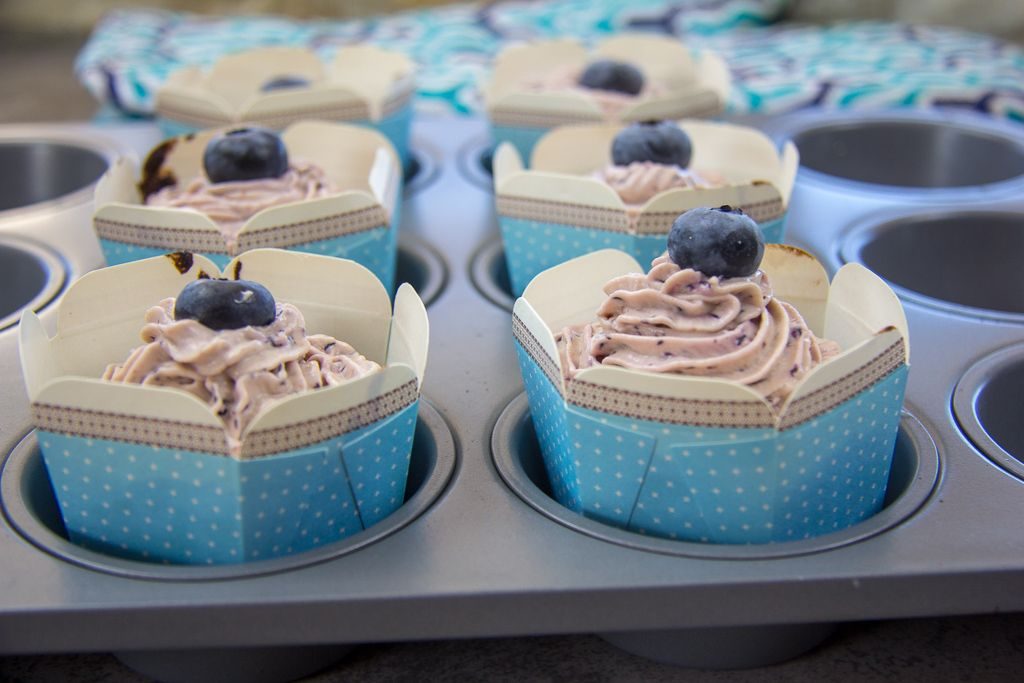 The blueberry cupcakes had the thumbs up from the Chief Taster who was surprised I baked them in the cases.  You can tell he doesn’t bake as I laughed to myself about baking a cupcake and then serving them in these hexagonal cases!

Try some delicious light and moist blueberry cupcakes with a delicious blueberry frosting and try to stop at just one.  Or that might just be us! 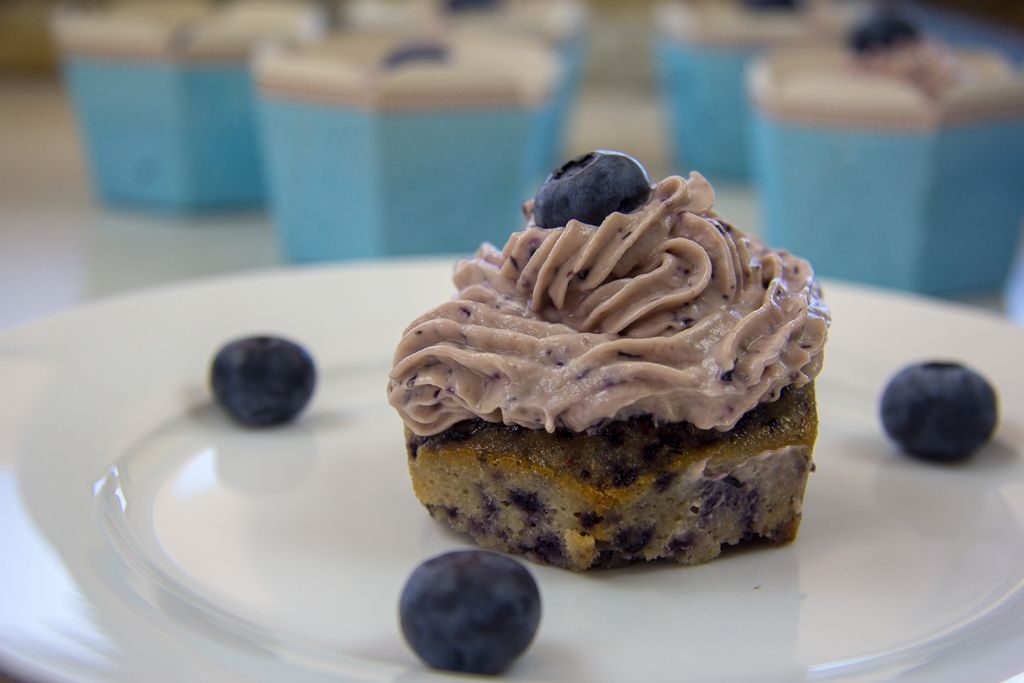 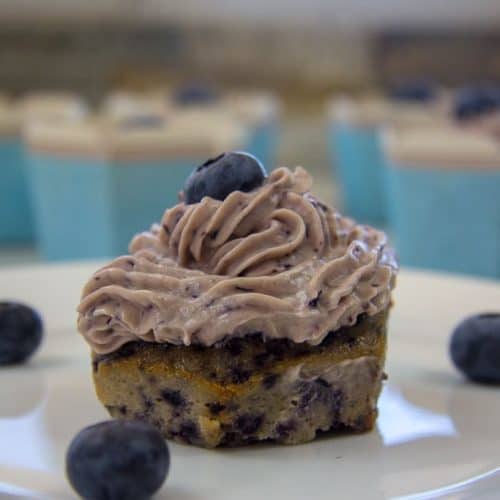 Calories: 321kcal
Have you tried this recipe? Leave a review or take a picture and share it on InstagramMention @Divalicious_Recipes or tag #divaliciousrecipes