A healthy and healing chicken soup that is just as tasty if you are not laid up with a cold!

The Chief Taster has been laid up with a dreadful cold which is no surprise since he travels a lot in his current job and airports are just carriers of germs. (I call him "Geoffrey" but since he does not watch the Bare-Foot Contessa he has no idea what I am talking about.  I call myself the flip-flop Contessa though..).   So I went into "mother-hen mode" and made him a healthy and healing soup.  I thought that I would put together ingredients that would help his sinuses and make him feel better.  I chose chicken because of its famed abilities to help a cold.  Turmeric because of it's powerful anti-inflammatory properties, garlic for its antiviral effects, ginger to help the swelling of the sinuses and coconut milk because it contains fibre and lauric acid, which has been found to exhibit antibacterial, antifungal and antiviral properties too.

Although I could not taste this (I am a vegetarian) he declared this tasty despite his taste buds being numbed by his runny nose.  The next day he was a bit better and could taste the flavours.  He enjoyed it and will be eating it until I deem him better!  I used chicken breasts because he is very fussy, but you could use legs or other parts of the chicken *shudders*.  I used raw chicken but you could use cooked shredded chicken to speed up the soup time.  I now need to work on a vegetarian version of this just in case his cold has spread! 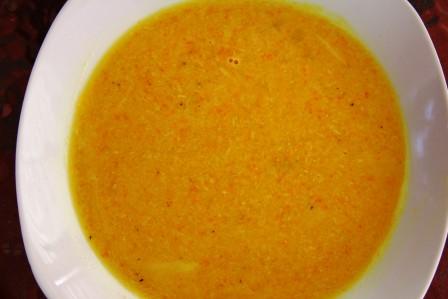 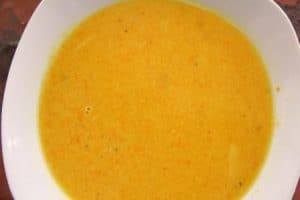 Nutrition: Per Bowl -322 Calories; 20g Fat; 29g Protein; 7g Carbohydrate; 1g Dietary Fiber; 6g Net Carb
Have you tried this recipe? Leave a review or take a picture and share it on InstagramMention @Divalicious_Recipes or tag #divaliciousrecipes
You Might Also Like
Coconut & Turmeric Chia Pudding 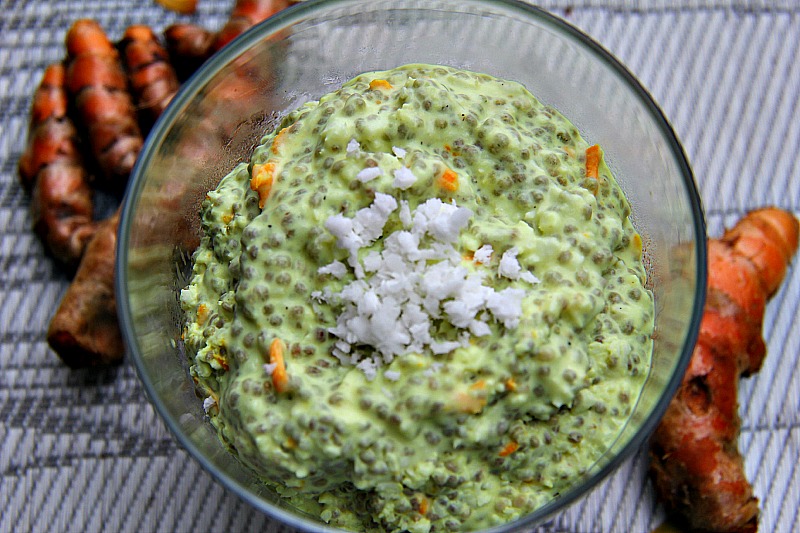