Chicken crepes are an easy comfort food.  These chicken Florentine crepes are made with coconut flour for a healthier, low carb and gluten free dish.  Filled with a creamy chicken and spinach mixture you will want to eat more than one.

We have been eating a few batches of my coconut flour crepes for an easy supper dish and filling them with cheese or cooked spinach so I thought that it was time that I made a dinner recipe with them.  The crepes are thin enough to substitute for pasta so I thought about stuffing and rolling them like a spinach cannelloni dish. 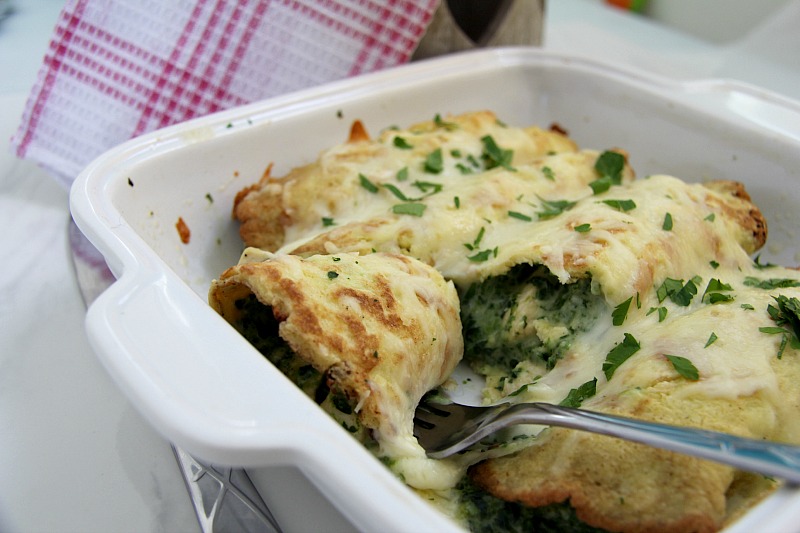 You may want to add mushrooms to this chicken Florentine crepe recipe if you like them.  As I was making it for the Chief Taster who hates mushrooms I baked it without.   He had a treat of chicken crepes with added spinach and cheese. 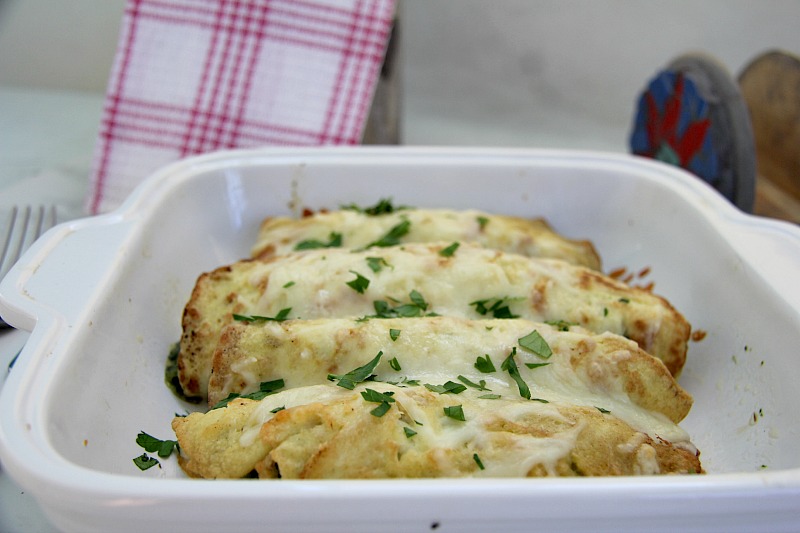 Although I had made this dish with the idea that it would serve two people if two filled crepes would be enough for one person, I had not anticipated the hunger of a Chief Taster who had not eaten lunch that day.  I was out for the day so he was left to his own devices.   Which meant that the kitchen was untouched by a man’s hand.   Baking these, I thought to myself, “Great, this will be his lunch for tomorrow too”.   I was in the office whilst he helped himself to the chicken crepes and when I popped out I was amazed to see the whole dish empty.   I now await the groans of how full he is once the coconut flour works its magic.  I will be by his side whispering “told you”. 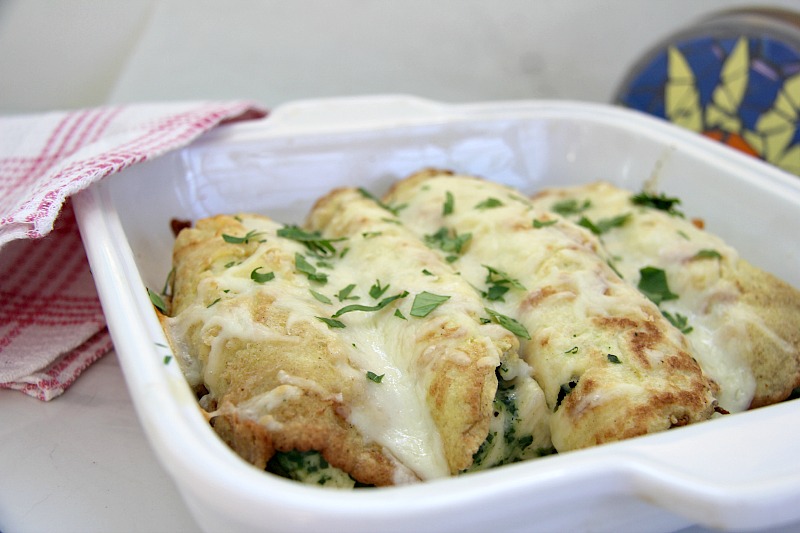 The Chief Taster’s verdict was that these chicken crepes did not have any coconut flavour as the delicious and creamy filling hide any coconut taste of the crepes.  The fact that he almost inhaled them is testimony that he enjoyed them.  They are already on the repeat request list and on my list to whip up when he has had a bad day at work.

So reach for the coconut flour crepe recipe and get filling! 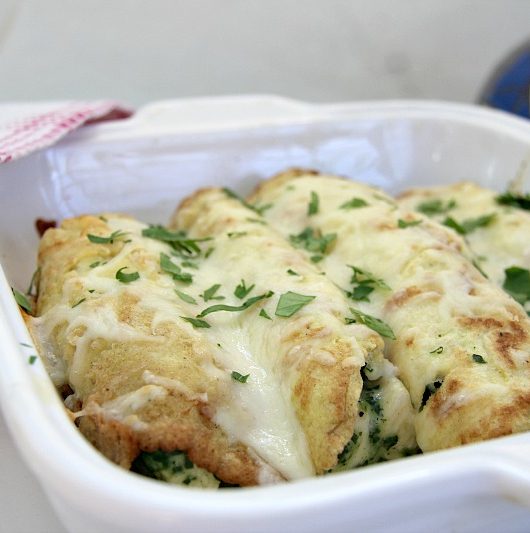