The sweetness of the onion in this frittata along with the nuttiness of the roasted cauliflower is just divine!   Great served warm with a salad but is equally delicious cold.   I always think that a frittata is a great dish when you want a no fuss dish that is easy to make and tasty to eat. This dish will not disappoint. 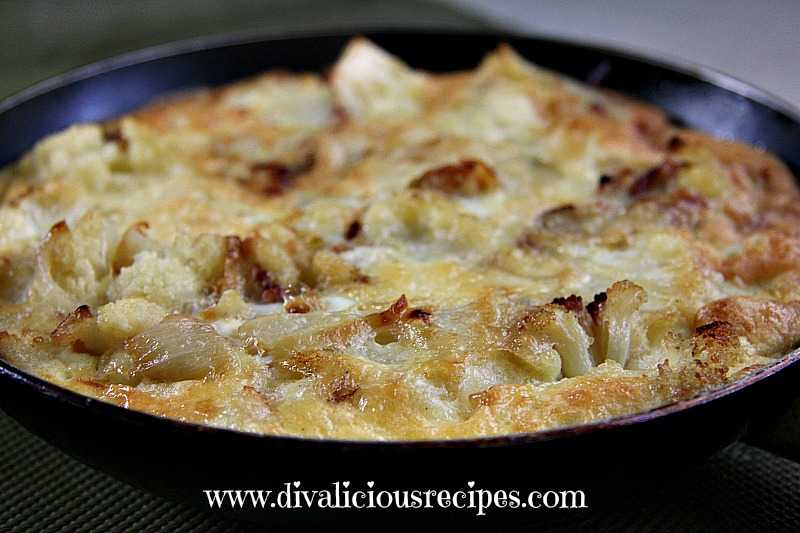 I used Parmesan cheese but other cheeses would be as equally as tasty.  Perhaps Feta or Cheddar? 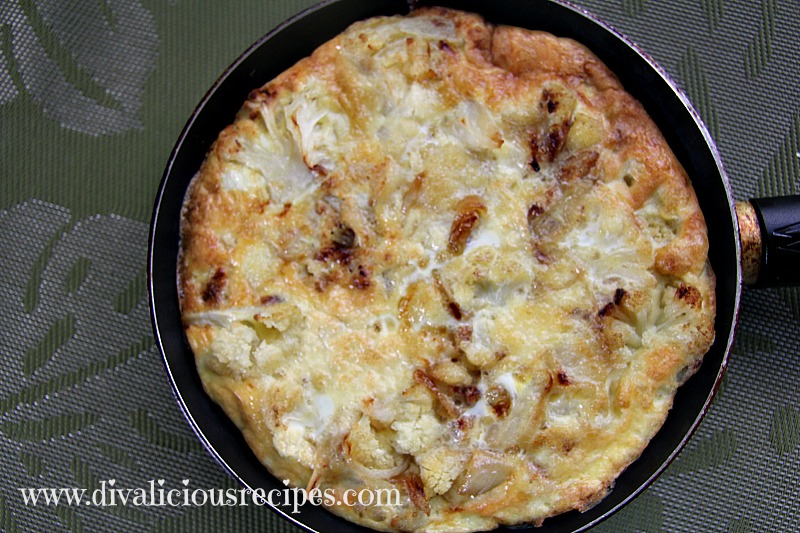 This dish is rather a form of hunger torture as you make it though.  From the smell to the caramalised onions, to the roasted cauliflower.  It was nothing short of a miracle that both vegetables were added to the pan and not munched directly! 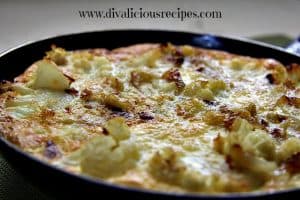 If you enjoyed this recipe you can subscribe to Divalicious Recipes by email and never miss another recipe!