Baked Parmesan zucchini fries made a great side dish or snack.  Serve them with a sauce that goes well with Parmesan to give the dish an extra lift.

I've been meaning to make this dish for a while and have seen so many variations that I thought I would keep it simple. I tried this with both fresh Parmesan and the dried bottled variety.  The dried version won hands down which is a shame as I was rooting for the fresh. 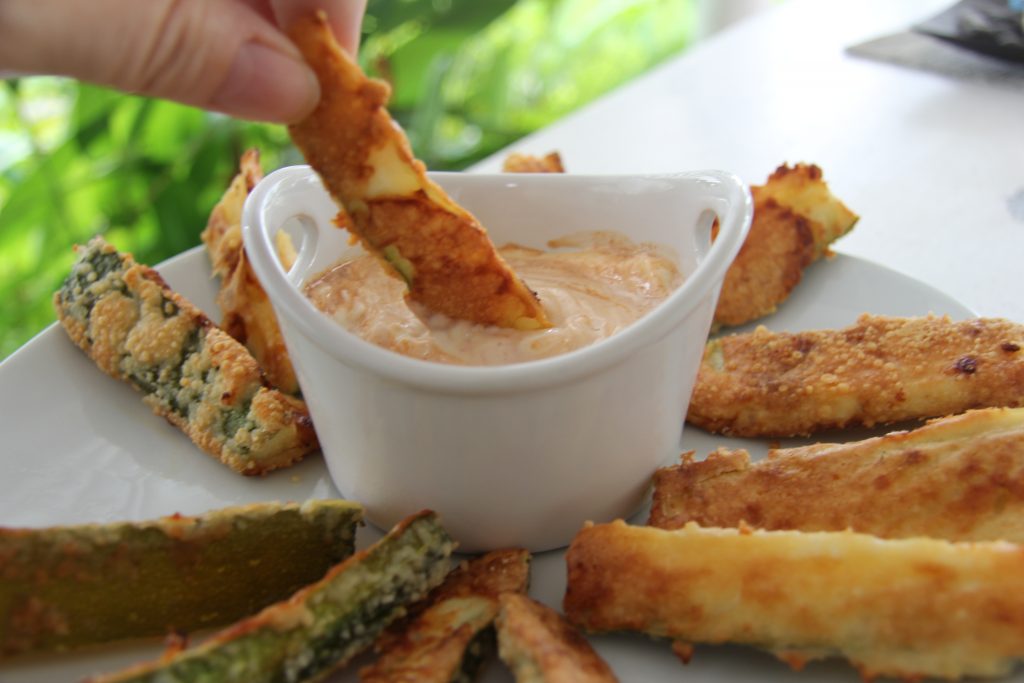 I did not even season these and they turned out just delicious.  It's so rare for me to not season a dish as the Chief Taster will sometimes moan that I can't stop with the seasoning.  If he asks for plain scrambled eggs in the morning, he just gets a blank look from me whilst my left eye and slapping hand twitches.

I would make these again and try different spices and herbs added into the Parmesan first.  However, I would probably do them exactly the same again.  They were utterly delicious and we had them as a snack.  I did serve them with some chipolte mayonnaise which was perfect.   If you find them a bit too soggy, perhaps cut them into slices rather than sticks.   The zucchini is full of water and my first batch was not as firm as the next one.  Perhaps the quality of the zucchini too makes a difference. 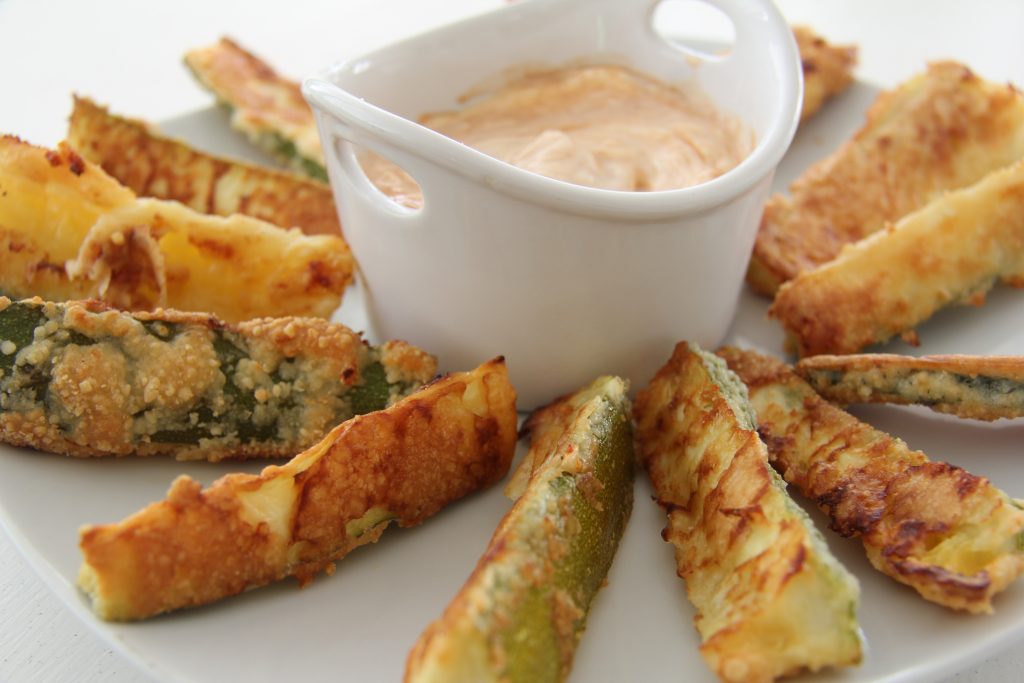 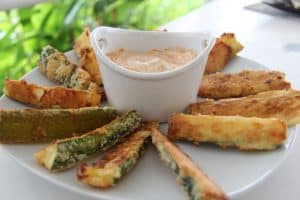 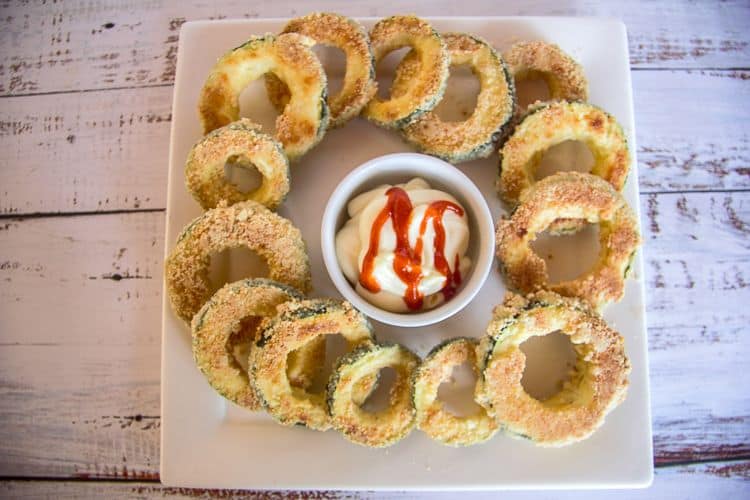 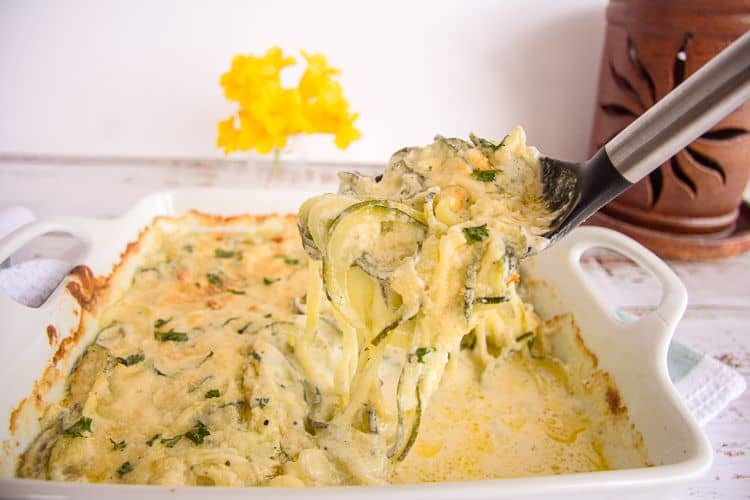 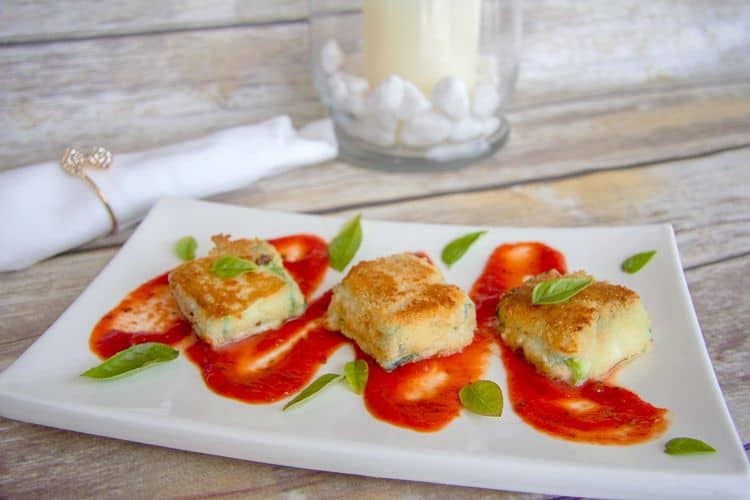