Stuffed zucchini rolls that make a decorative appetizer or a cute treat in your lunchbox.  You could change the stuffing to your own tastes.  Perhaps add some finely chopped up bacon or cooked chicken.

Zucchini strips made a good alternative to pasta and as I was making a pasta-free lasagna, cutting up a batch of zucchini into strips I thought why not stuff them?  I served them upright just to have some fun with them, poking strips of sun-dried tomatoes into them to make them look like candles.   This is up to you.  You could serve them as rolls on their side if you wish. 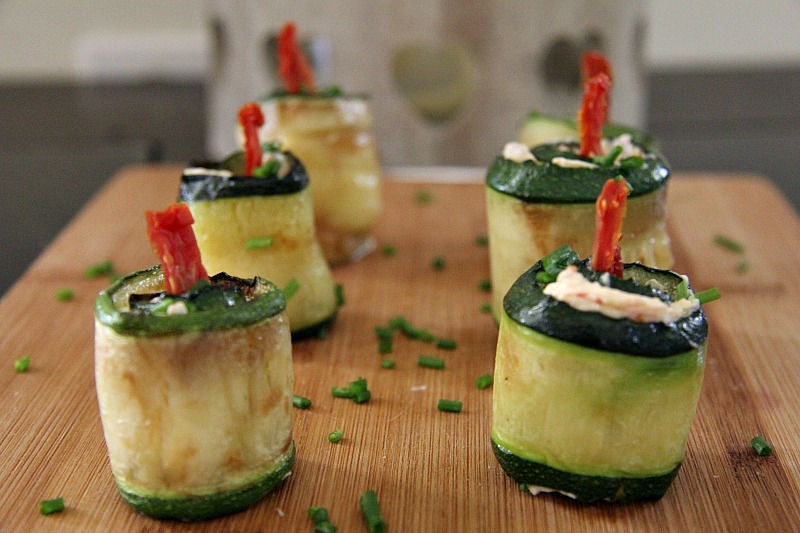 My confession to you is that I had a total photography disaster with them so the Chief Taster never got to try them.  I was balancing a board on a window sill to take some photographs as I like the light in that particular room.  Just as I was finishing up, the board fell off and the appetisers splattered all over the floor.  A loud cry followed by lots of swearing startled the local wildlife.  Thankfully I had enough photos for the post.   I guess another option would have been to make another batch.   I have to get a table for that room but haven't found anything I like yet.  I'm toying with making my own and spending too long on Pinterst for ideas.  I come away wanting to suddenly build chairs out of pallets! 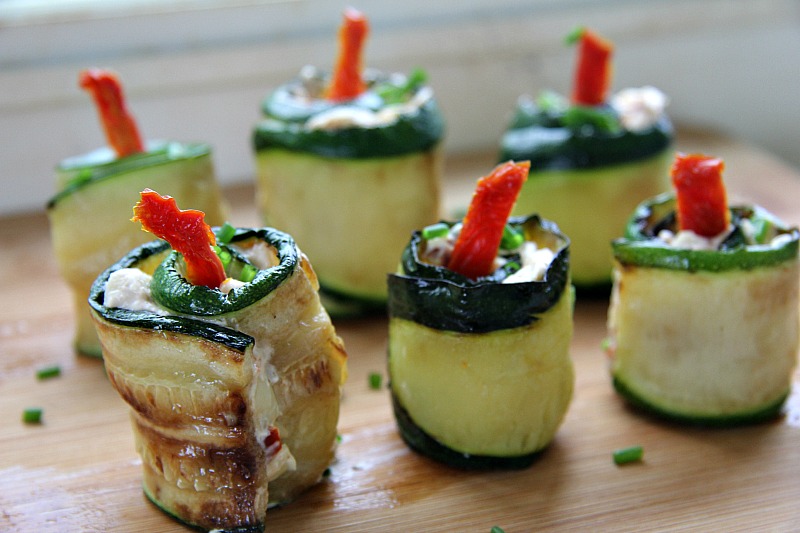 The creaminess of the filling goes very well with the cooked zucchini.  You could always grill the zucchini instead of frying the strips in a pan.  On a griddle pan would be great for the decorative lines it gives.   I added some cayenne pepper for a little lift but that's optional.  Taste the filling first before adding any cayenne pepper to see if you are happy without it. 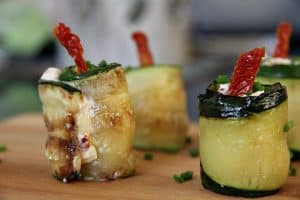