A raspberry mousse cake that is surrounded by a light ginger sponge cake.  A light yet filling dessert that is low carb and gluten free. 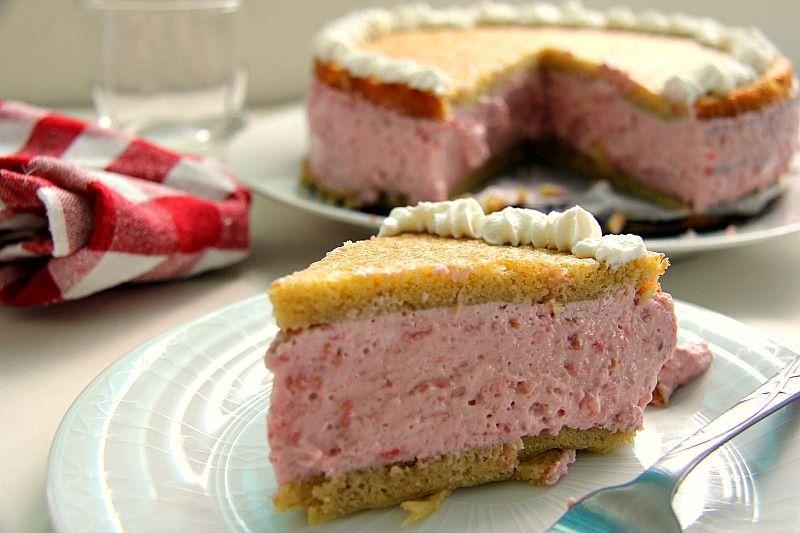 You need to allow the raspberry mousse to set for a few hours so this raspberry mousse cake is best made first thing in the morning if you want to tuck into it later that day.  Allow at least 4 hours for it to set so it’s not a mess as you cut into a slice. 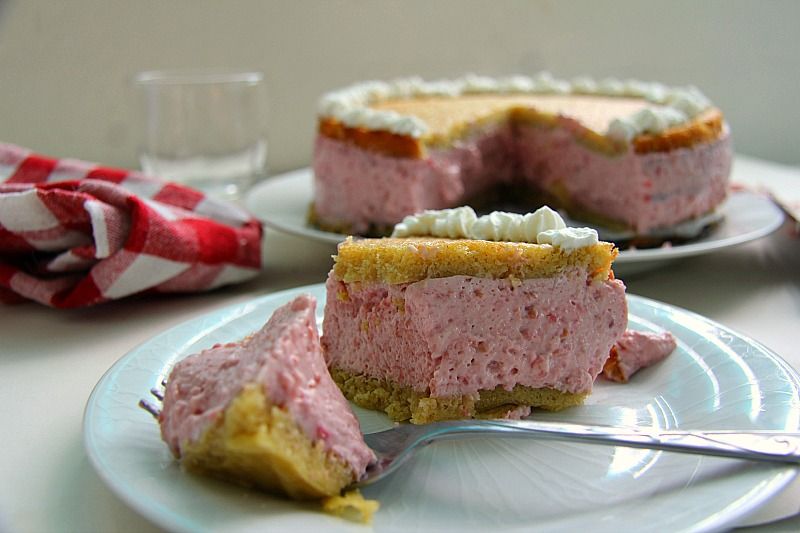 If you wanted a stronger ginger taste you could add some fresh grated ginger to the sponge.  I just used ground ginger spice as I wanted a warm hint of ginger.  Plus the Chief Taster would have not eaten as much as I could not have managed the whole cake, even over a few days.

You will need a spring-form cake tin to make this raspberry mouse cake recipe as sliding this out of another tin would be a bit messy and need a very steady pair of hands.   There’s always the moment when you release the spring clasp that you fear the cake collapsing.   So far, so good.  Now I’m thinking about other flavour for a mousse cake! 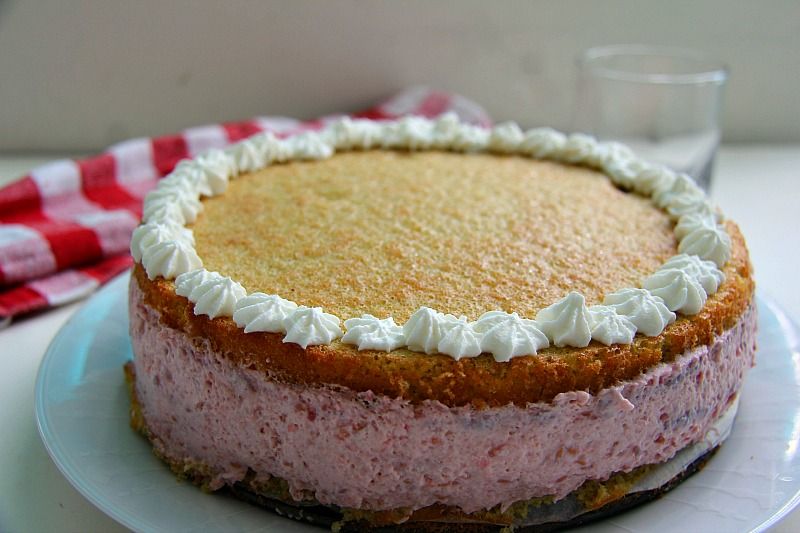 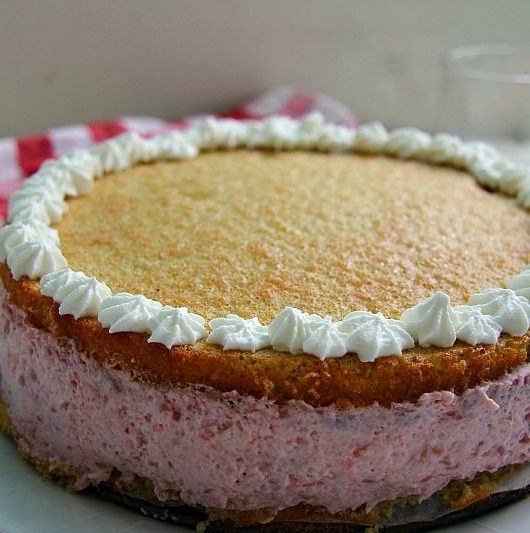 To make the cake:

To make the mousse

To assemble the cake