A low carb bread version of focaccia with almond flour is flavoured with sundried tomatoes and olives for a hearty bread recipe.

Although I have used milk in this low carb bread recipe but you could use almond milk to cut back on the carb count. I’ve tried it with coconut milk and do not recommend it. The coconut milk was too dense and did not have the fluffiness of my first attempt. The bread went straight into the bin after a low of swearing about a waste of almond flour. Do you know how expensive almond flour is for me in St Lucia? Luckily the rum is cheap, so it balances out…

Add your own topping or flavours to this low carb bread recipe. I was originally going to make this a garlic and herb focaccia but as I had some olives and sun-dried tomatoes in the fridge, thought it was a good reason to use them.

This is a hearty low carb focaccia bread recipe that is great sliced and toasted. We enjoyed a couple of squares warm from the oven under the guise of taste testing. The next day I sliced the bread and toasted it with our morning eggs. It was delicious and filling which is always a good start to the day. 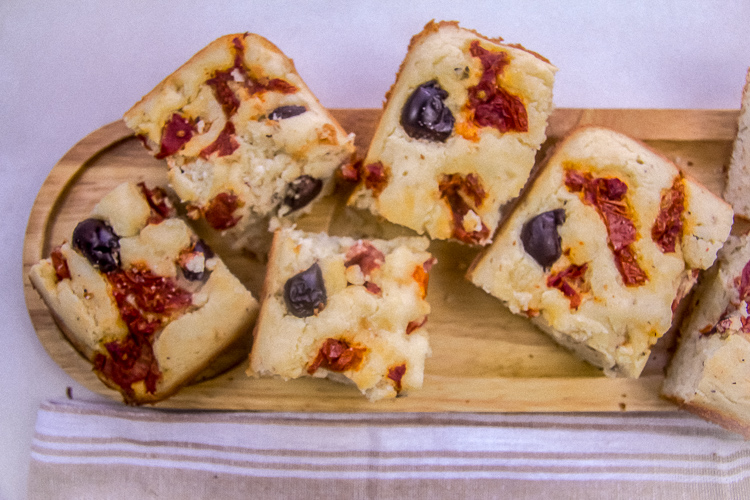 If you don’t have psyllium husk powder try ground chia seeds or a couple of tablespoons of ground chia seed. I have also thought about adding oil to this bread mixture in an attempt to recreate a focaccia bread as much as I can.

You could also flavour the olive oil that I drizzle over this bread with your own herb choices. I am tempted to bake this with slices of garlic for my next attempt. Let’s hope it doesn’t repeat on me! 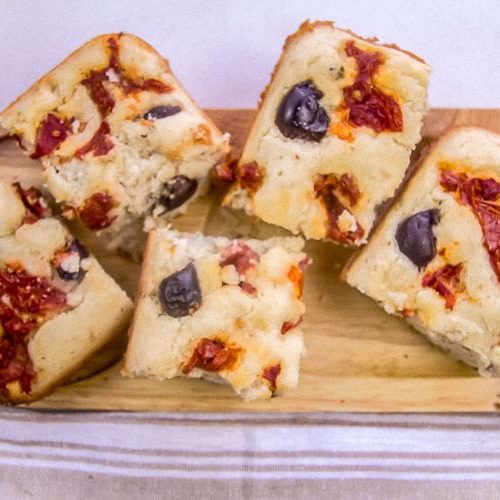 Makes 9 squares at 5g net carbs a square Any nutritional analysis on the website is based on an estimate, calculated by http://nutritiondata.self.com from the individual ingredients in each recipe. Variations may occur for various reasons, including product availability and food preparation. We make no representation or warranty of the accuracy of this information.

Serving: 1SquareCalories: 288kcalCarbohydrates: 11gProtein: 10gFat: 25gSodium: 481mgPotassium: 134mgFiber: 6g
Have you tried this recipe? Leave a review or take a picture and share it on InstagramMention @Divalicious_Recipes or tag #divaliciousrecipes