A lemon dill chicken recipe that makes a great main dish.  It’s very simple to make and a great way to enjoy the first signs of Spring. 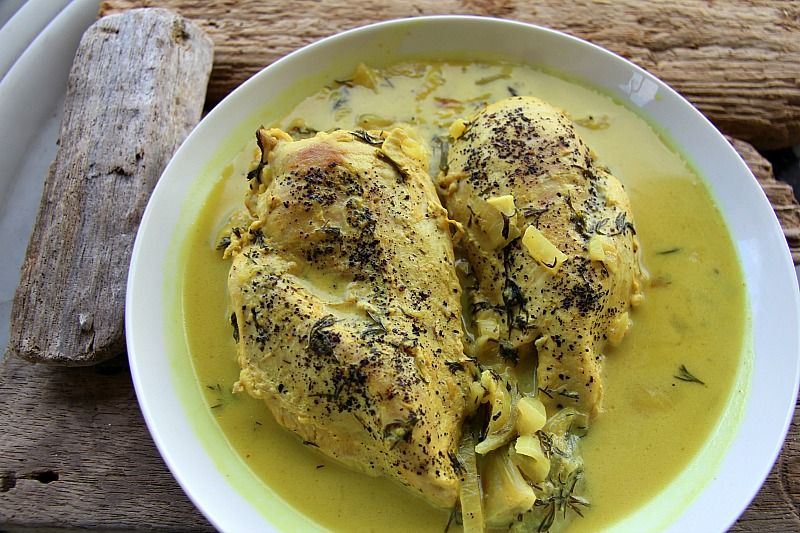 When searching for inspiration with dill and chicken, many lemon dishes came up so I thought that I would have make a lemon dill chicken recipe.   I added turmeric to give it an added colour of yellow and turmeric goes well with chicken too.  As well as being good for you.

I used chicken breasts for this recipe but you could use thighs instead.   Perhaps a dash of white wine along with the chicken stock would be great too.  If you have any spare wine in your kitchen.  Ah, spare wine.  Rather like spare change.  Not something that is a regular occurrence in our house. 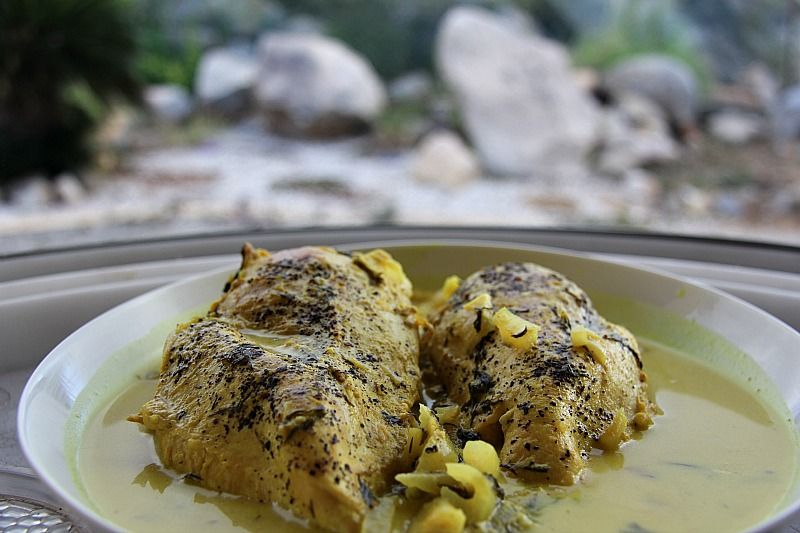 The Chief Taster enjoyed this and was subject to my usual quizzing of the taste of a chicken dish. When I have a new chicken recipe, I rarely tell him what is in it.  Then the barrage of questions is fired at him to see if he can pick out the flavourings.   This dish was a challenge and if my game of “guess the spices” was a game show, we would not have been going home with the main prize.  His guess was that it was my Moroccan chicken dish. Once I found the power of speech after being told this, I gathered my composure and assumed that the turmeric colouring had led him down a different path and his memory recalled a favourite dish. 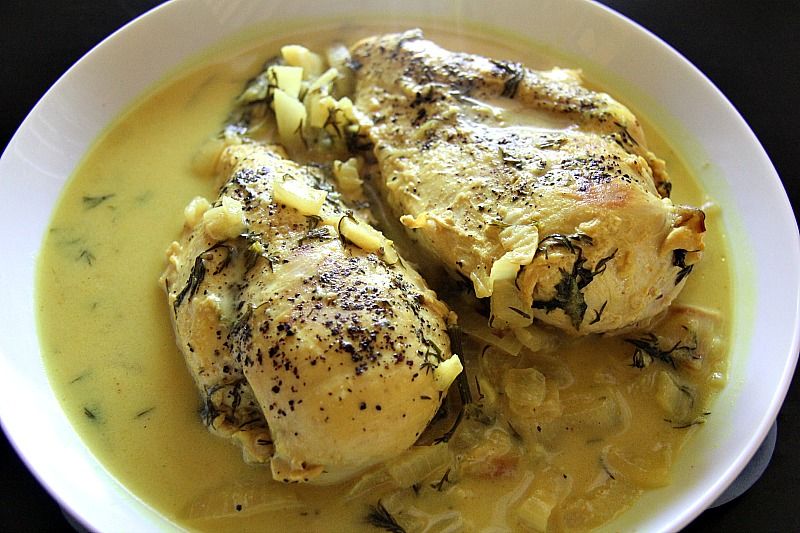 As the ingredients were revealed, the Chief Taster suddenly regained the power of his taste buds and then could pick out the flavours.   He said that he would eat this dish again though and it’s on the request list next time I have both dill and chicken in the fridge.   Although he may have been repeating what the mediation lawyer was whispering to him down the phone.

The simplicity of this dish means that I will make it again.    Serve with a leafy salad or perhaps some cauliflower rice. 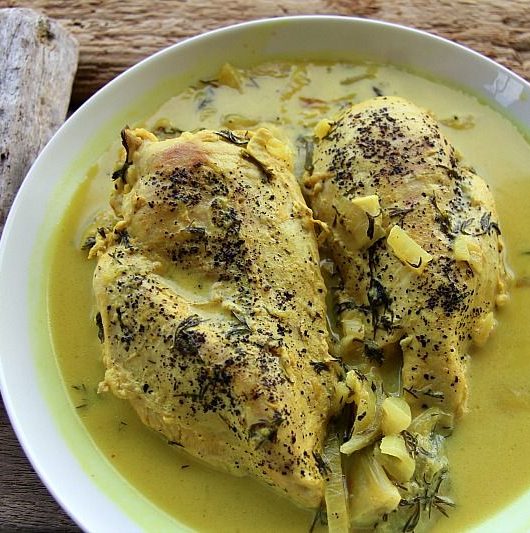 Serves 1-2
Nutritional Info per serving (half the recipe) – 475 Calories, 23g Fat, 57g Protein, 8g Total Carbs, 1g Fibre, 7g Net Carbs
Have you tried this recipe? Leave a review or take a picture and share it on InstagramMention @Divalicious_Recipes or tag #divaliciousrecipes

More recipes you may enjoy