A spicy jerk cauliflower recipe to give you a taste of the Caribbean.  It is for spice lovers only as it packs a punch almost as hard as the local rum!

The most shocking thing about this recipe is that I have lived in the Caribbean for 3 years and am only now posting this recipe!  Shame on me!  If you need me later I'll be sitting in the naughty corner, thinking about my actions. 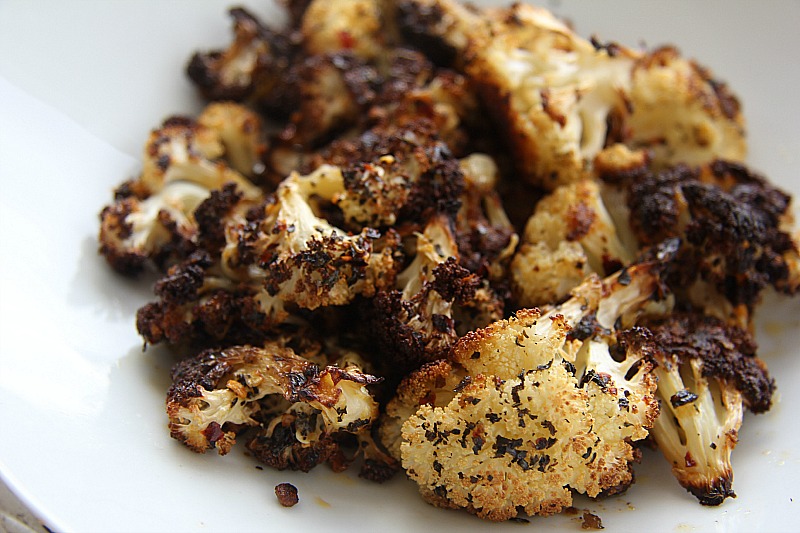 There are two types of jerk seasoning that are traditionally used with chicken and pork.  Dry and wet.  Ingredients can vary but usually include hot chillies, thyme, allspice and cinnamon. Some have brown sugar in their recipes, but that's a no no for me.  I prefer to use the wet seasoning for jerk purely as it seems to marinade better.  It's also sold in jars here in a larger quantity than the spiced packets.  The dry is used more as a rub for meat or fish.  In Barbados, we have two main types of jerk marinade sold.  Barbados jerk seasoning being one, the other being Jamaican jerk seasoning.   It's just as easy to make your own and tweak the flavours and spices for your own taste.

I always marinade over night to let the flavours develop.   The Chief Taster loves the jerk seasoning on his chicken and after months of churning out jerk chicken for him, I thought that it's time I use it with a vegetable for me.  So the wonderful cauliflower stepped up.  I had tried to cut the cauliflower in steak slices but it fell apart on me so the recipe changed to florets.   The end result was very delicious with the cauliflower holding the spicy flavours very well. 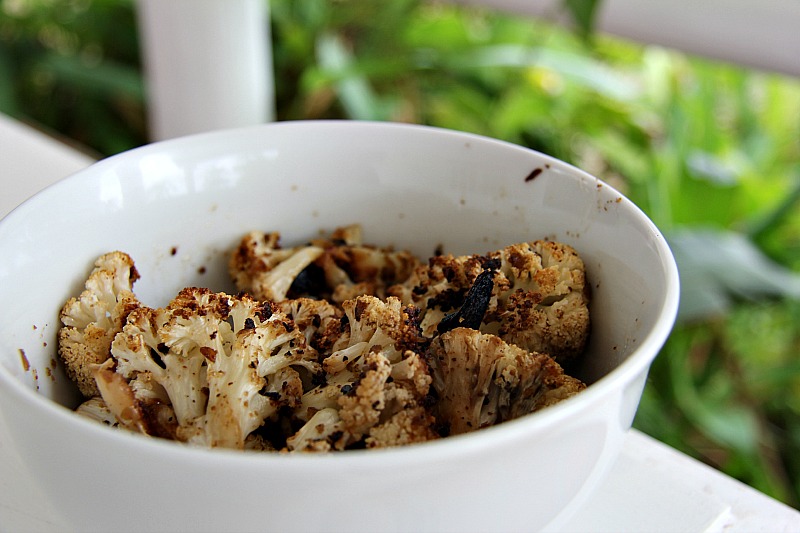 When handling the scotch bonnet peppers be careful and wear gloves.  Do not wipe your eyes afterwards!  Wash your hands thoroughly, then wash them again.  They will sting! Jerk seasoning can be hot yet zesty and rich in flavour.  We always serve it with a side of coleslaw and a salad.  The cool creamy coleslaw is a perfect side dish to the spicy jerk seasoning.  If you find the hot scotch bonnet peppers too much, try a jalapeno pepper instead.

This recipe could not be easier.  Chop and throw into a processor!  It makes about 2 cups and will keep in the fridge for about a month.  You won't use all of the marinade in this recipe, so store the rest in the fridge.  You could serve this as a side dish or part of a salad plate.  Trust me, you will want something cold and soothing to eat alongside it. 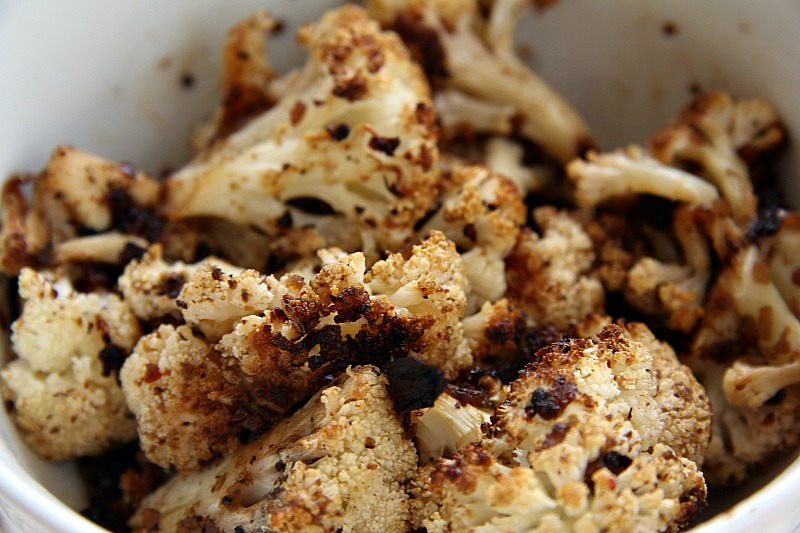 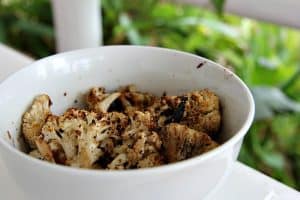