These low carb hot cross buns are a healthy alternative to enjoy over the Easter season.  Made with a Fathead dough recipe, they are best fresh from the oven.

I had been trying to create a low carb hot cross bun recipe and despite my attempts with almond flour, coconut flour and my trusty psyllium husk powder was not happy with the results.   It is rather difficult to make a low carb version of something that would normally have dried fruit in it too. 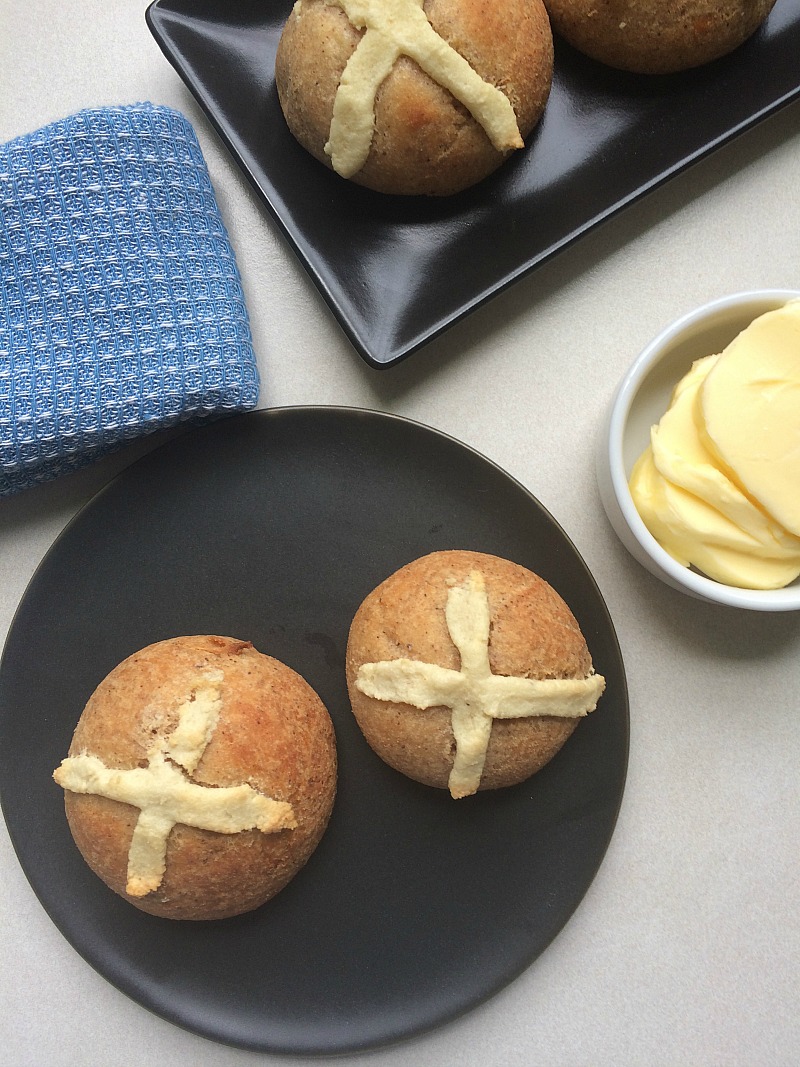 The trick of a low carb hot cross bun is with the spices.   The heady mix of cinnamon, nutmeg and cloves hit the spot and tasted as much as a hot cross bun that I was going to get.    You could add chocolate chips if you wanted to see a replacement for the dried fruit, but I didn’t try it.

The traditional cross on the bun was made using an almond flour solution.   I had previously tried to pipe it on the low carb hot cross buns but the mixture was a bit thick.  So, I ended up gently rolling out little sections of the almond flour paste and spreading them out on the bun.   After the 4th attempt I felt happy with them.  Until the Chief Taster commented that they needed working on.  Brave words from a man who relies on the wife to feed him. 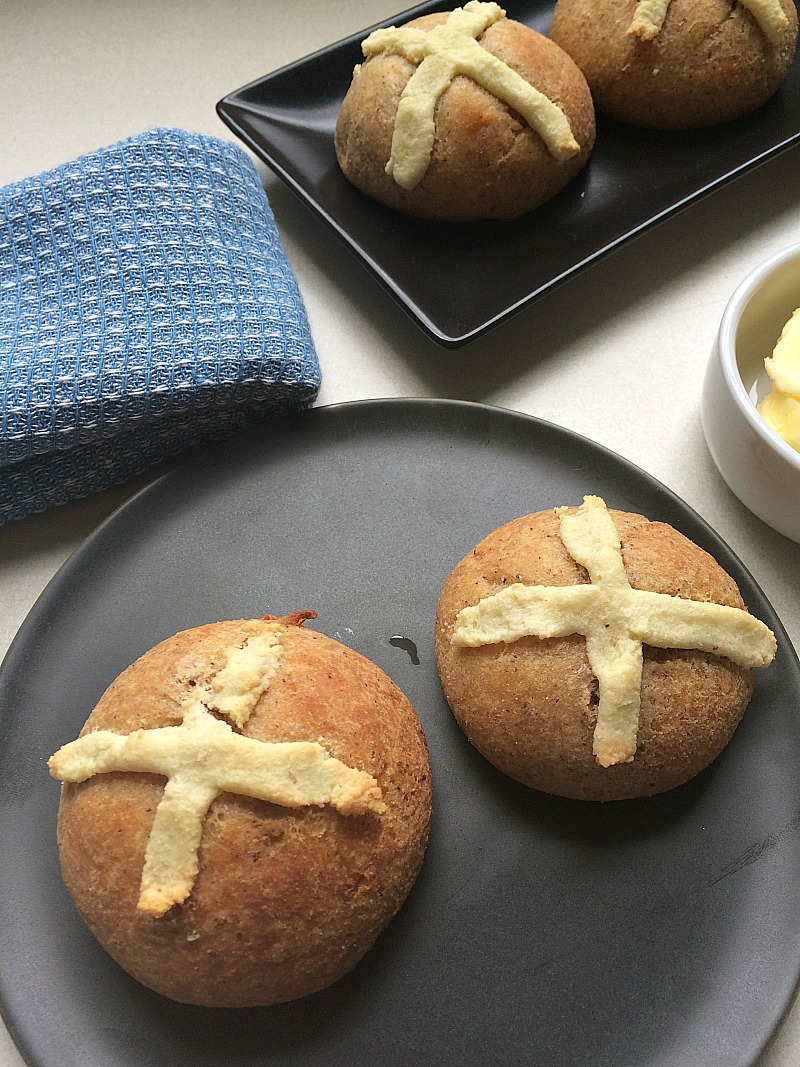 I stored the left over hot cross buns in the fridge and gave them a quick zap in the microwave to refresh them.   Perhaps they could be sliced and toasted? 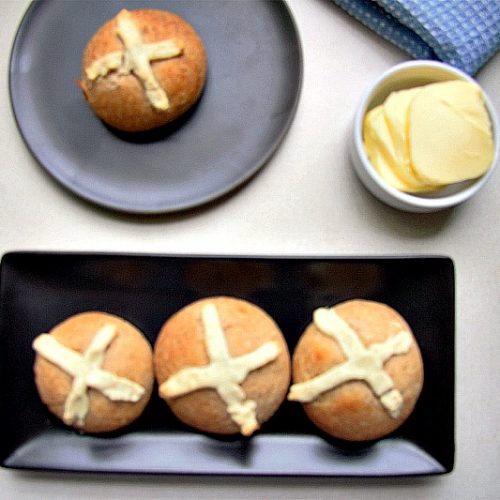 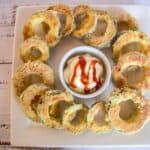 Divalicious Recipes is a participant in the Amazon Associates.  As an Amazon Associate I earn from qualifying purchases. Being an affiliate means that we will receive a small commission on sales we refer from this Website. We truly appreciate your support by using our links, but your participation is entirely voluntary.