Dine on this broccoli and blue cheese Stromboli and enjoy the almost thin pastry texture of the coconut flour dish.

A Stromboli is traditionally made with pizza dough and this is a slight variation of the coconut flour dough that I used for pizza bases.   It is usually made by rolling up dough that has been topped with pizza ingredients and then baking it.  As I have been enjoying the pizza recipe I thought that I would try the dough in another form.  I had some broccoli and blue cheese looking at me from the fridge, so they became the filling! 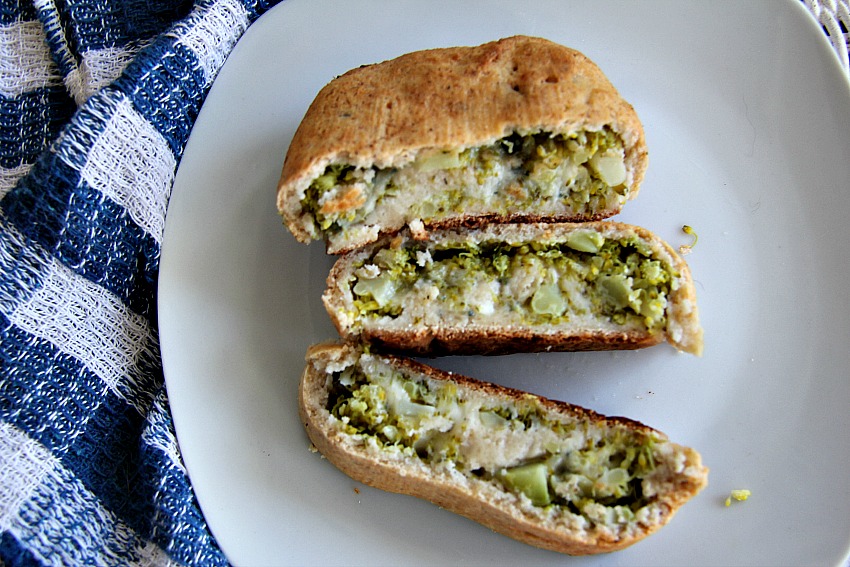 So off I went, making the dough, slathered it with the filling, rolled it up and baked it.  So simple and yet so tasty.  I made another the next day for lunch just to make sure it was not a freak cooking accident as I enjoyed it immensely.   Tonight we had it again but with a filling of roasted vegetables.  I am yet to make it with the traditional Italian fillings but I'll get round to it!

The Chief Taster was beside himself as he used to be a pastry fiend and still has a request at Christmas that I make a turkey pie.  We "heavily debate" the pastry to be used.  He insists on the bad version, I wave my bags of gluten-free flour.  Since the filling is turkey and I'm a vegetarian, he wins.   Not this year.  His first reaction to sampling a piece was "this would make a great turkey pie".  So I celebrate that I can finally bake a much healthier pie for him that is not going to pack on the pounds during the holiday season.

This dough is fantastic!  It's the psyllium husk powder with the boiling water that turns the flour mixture into a dough.  If you are vegan you could omit the egg, and perhaps add another tablespoon of oil.

You must let the dough sit for 30 minutes when you make it.  Let the psyllium powder work it's magic before rolling it out.  I tried a version without letting it sit and just as it had rolled out perfectly, it crumbled and cracked as I moved it onto the baking tray.  It still tasted good though but looked a bit of a cooking disaster. 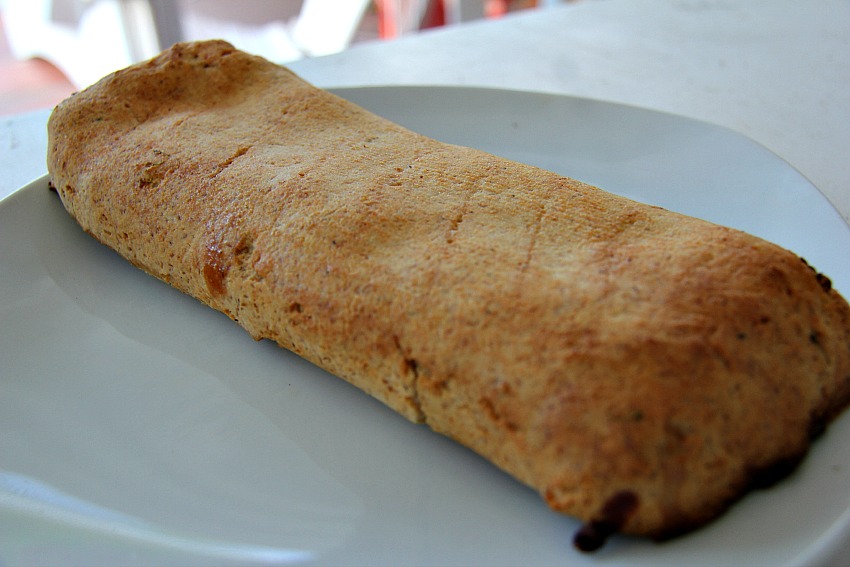 I am already wondering whether I can achieve the same dough with flax seed flour and almond flour.  I am trying to keep the kitchen cupboard as bare as possible before we move as we can't take food with us but I might spurge out and have a baking session.  I am still sorely tempted to pack some coconut flour with me.  Just in case I can't find it immediately in Aruba.  It will stop the diva hissy fit in the supermarket and keep the store manager out of hospital.

I've warned the Chief Taster to expect a lot of pies and other versions of this in the next few weeks.  I think I saw a tear of joy as he vowed not to fight me on that one.   Although I suspect he may request a trial run on the turkey pie with chicken as a tester.

I've calculated the nutritional information based on quarter of the recipe, assuming that you may be more refined than the Chief Taster and myself and cut it into 8 pieces, nibbling on a couple of slices.  I'd like to say that was the case in our house and it was for the first piece which I taste tested since he was at work.  After that it was a general free for all and we kept going back for "just one more slice" during lunch. 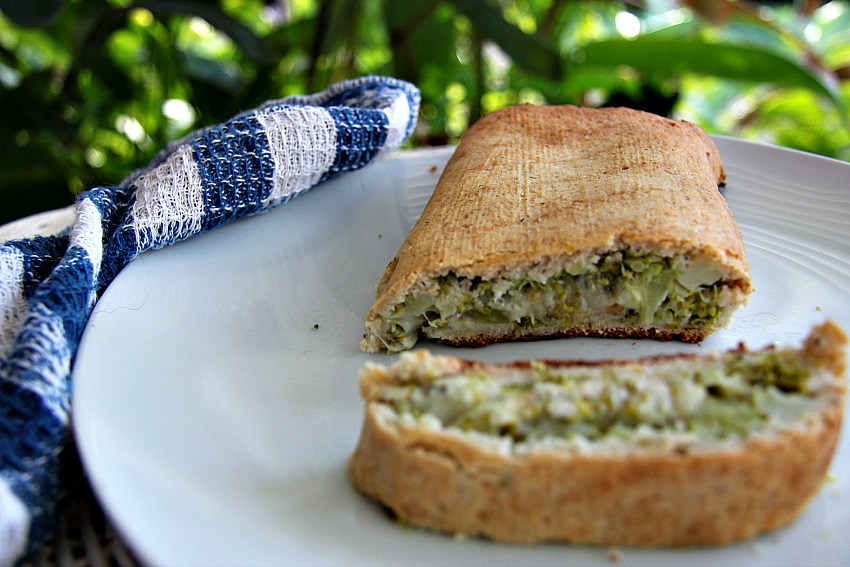