A low carb mint chocolate chip cheesecake for those summer days.  Or a cold, rainy day as pure comfort food!

I had purchased a huge 3lb block of cream cheese from my local version of "Costco" and only one thing screamed out to me.  Cheesecake!  I had a happy weekend playing with a few cheesecake recipes and the Chief Taster enjoyed it too.    This is strong on colour and flavour.  If you like this flavour as an ice cream, you will enjoy it as a cheesecake! 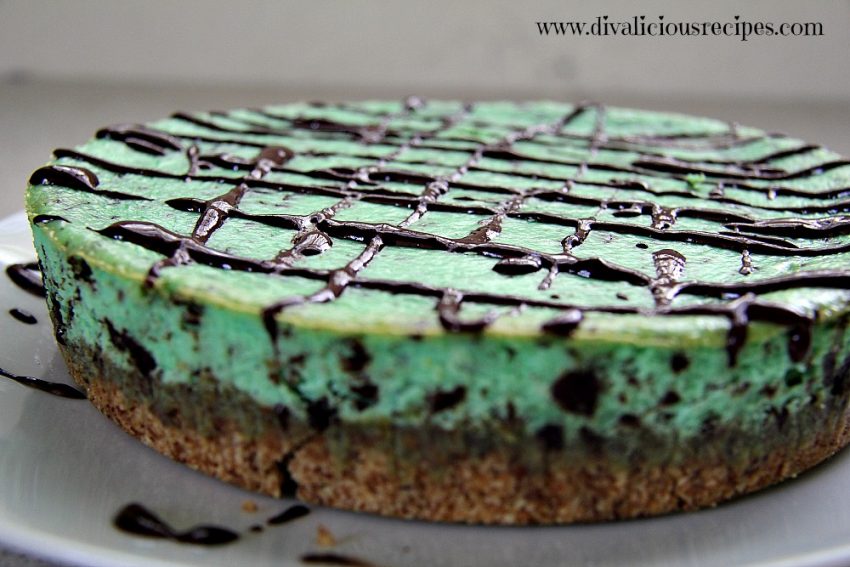 You must be patient and allow this to cool after baking.   Even better would be to let this chill overnight before cutting a slice.  However, as we were taste testing a few cheesecake recipes, we were unable to eat a whole one that day (I know! shocking!) so I cut this into pieces, wrapped them in silver foil and froze them.  Wow!  This is even better frozen and is like a delicious ice cream cake!   I think I actually prefer this frozen now and am thinking of a frozen cheesecake recipe to work on.  It was a nice surprise when I opened the freezer to get some ice and saw a glisten of silver foil at the back. 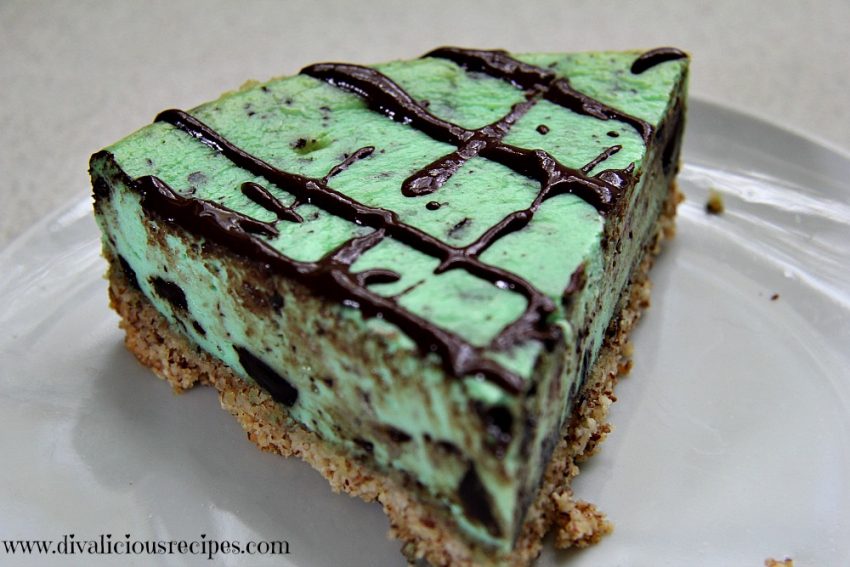 I can confirm that it makes the perfect late night snack!  Even more illicit as it was the last piece and only I knew...mwah ha ha! The Chief Taster commented that the base improved when it was frozen but that is just him missing the carb and sugar laden biscuit based cheesecakes of the past.   Tsk.  When will he learn that low carb means cheesecake for everyone! 😉 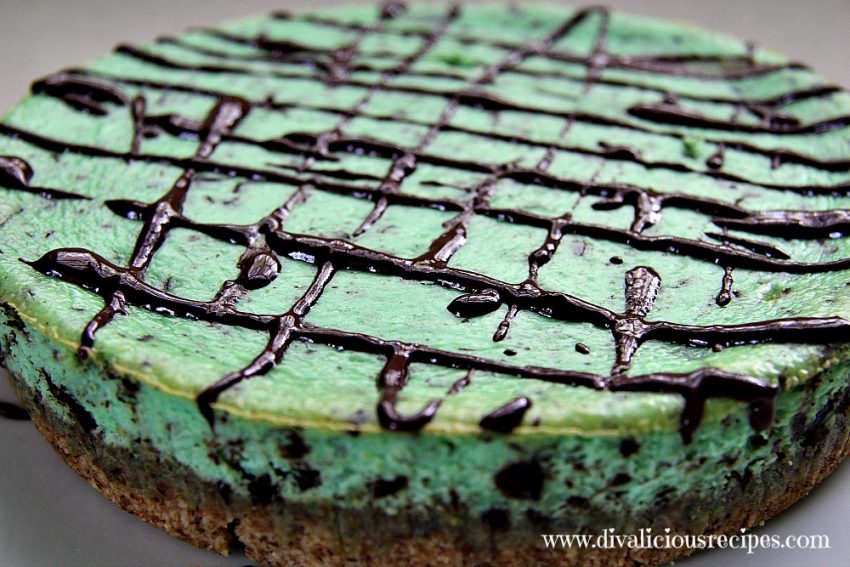 You might want to increase the amount of the mint essence according to your own personal taste.  Although I've put it as a teaspoon below, I added a bit more after taste testing the mixture because I wanted a very minty taste.  But I'd eat toothpaste from the tube if I was hungry enough..! I decorated mine with melting a few chocolate squares with a tablespoon of coconut oil, as it gives it a glossy look and sets well.   Have it plain or cover it with cream!  Get creative before you sit down with it, growling at anyone who approaches you with a fork!