A chocolate raspberry slice recipe that has a raspberry cheesecake filling in between two light chocolate sponges. Baked with coconut flour, this recipe is low carb and gluten free. 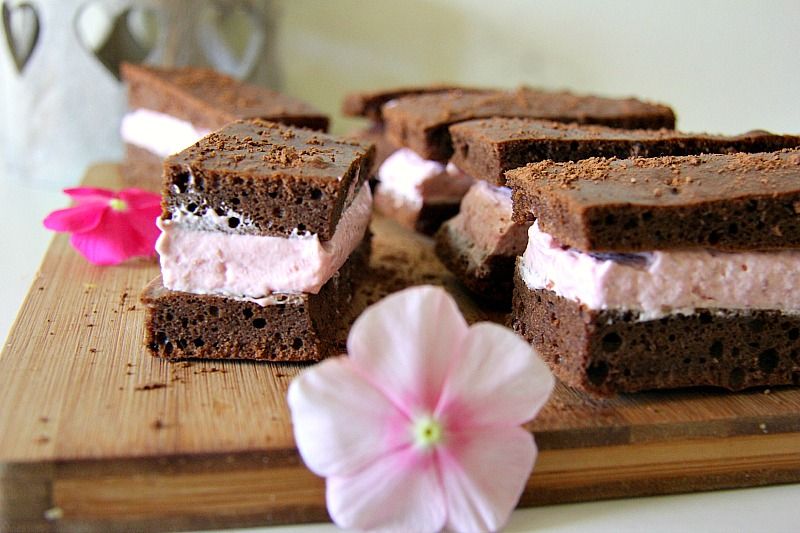 This chocolate raspberry slice came about as I was thinking of making a cheesecake but also wanted a sponge. Why not put them together? The result was a delicious dessert that is a delicious as it is pretty to look at. I used coconut flour as it’s my favourite low carb flour. The Chief Taster was requesting for peanut flour as that is currently his favourite flour. Since I wear the apron in our house, I win what goes into the mixing bowl. He might get a version of this with peanut flour later down the line.

I separated the eggs to whip up the egg whites to make the sponge lighter. It’s my roulade obsession creeping into cake making. Perhaps this is a secret about low carb cake making that no-one has told me about it. It gives the sponge such a light, yet flexible texture. A chocolate roulade with a raspberry filling would be delicious and is on my large list of roulades to make. 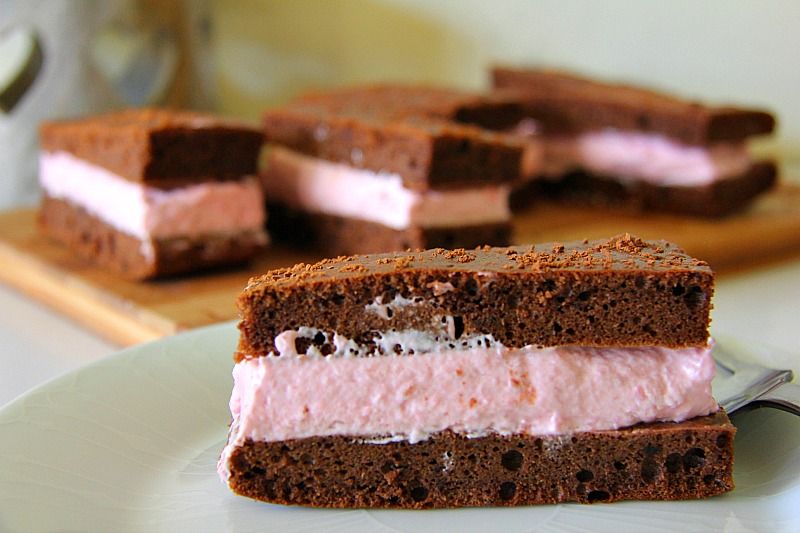 As with most sponge and cheesecake recipes, this freezes very well. There are only so many sweet dishes I can eat and was in the middle of a heavy baking session when I made these. Even the Chief Taster was groaning when he looked at the selection of dishes in the kitchen whilst I demanded he ate and gave me feedback. The bossy German side of me lights up in the kitchen at times! Poor man. So, the surplus chocolate raspberry slices were wrapped in foil and frozen. Once frozen, these chocolate raspberry slices transformed into ice cream cake slices. You could wait for them to defrost but we don’t have the patience when it comes to desserts!

A warning as they can be messy to eat (unless frozen). When you cut into them, the filling may ooze out a bit. That’s part of the fun of a messy dessert though. I also pondered about these with a chocolate ganache on the top but was trying to keep the carbs down a bit with this raspberry slice recipe. Don’t rule it out though! 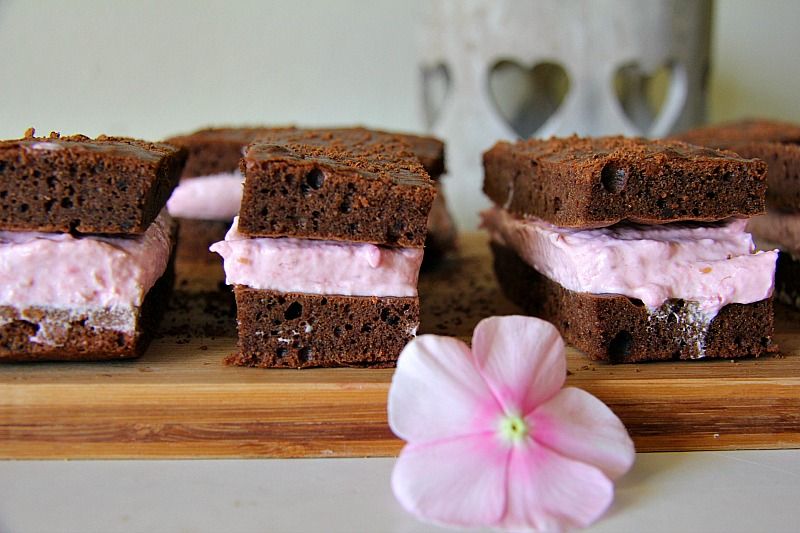 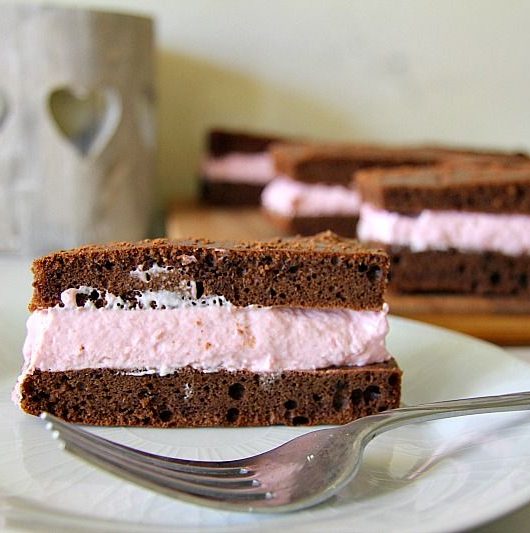