This low carb ice cream recipe combines the flavours of chocolate and orange.  The result is a creamy and delicious ice cream that is perfect for a summer’s day.  Or even during winter as a pick me up.

Shop bought ice creams are high in sugar, carbs and full of preservatives and artificial flavourings.   If you are like me and adore ice cream it can be the saddest part of giving up carbs.   However, once you learn to make a low carb ice cream there is light at the end of the tunnel! 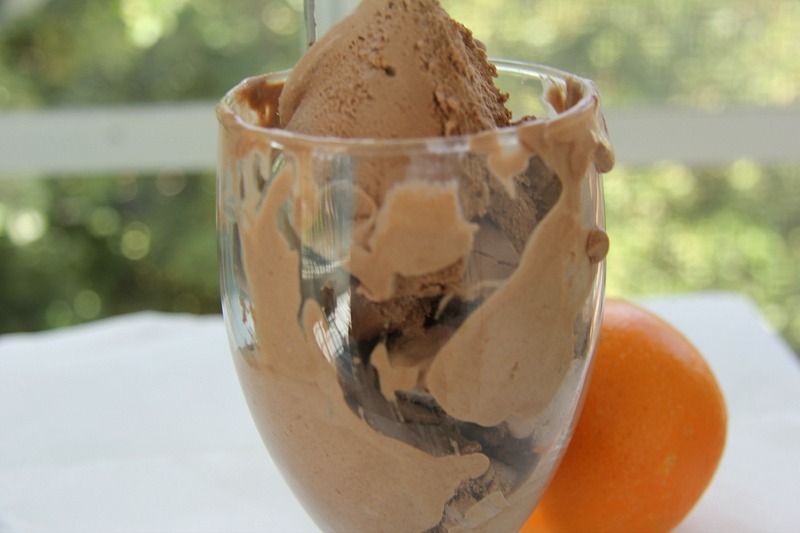 I’ve made a couple of no churn ice cream recipes but have been wanting an ice cream maker for the last few years.   When watching food shows on television I sigh with envy as the chefs are throwing ingredients into an ice cream maker and just walk away, leaving the machine to do all the churning.

When we moved to Barbados I was looking for an ice cream maker, thinking to myself that a warm country would have a selection.   There was one shop that sold them.  At a very expensive price that was almost daylight robbery.  I wanted an ice cream maker, but not that much.  So, all my dreams of low carb ice cream made in a machine were on hold.

Order one from Amazon and get it delivered I hear you cry.  As I finish laughing into my last bowl of chocolate orange ice cream, that’s not an option.  The import tax on top of the delivery fees would cost more than the unit itself.   I just had to be patient and wait for our next move. 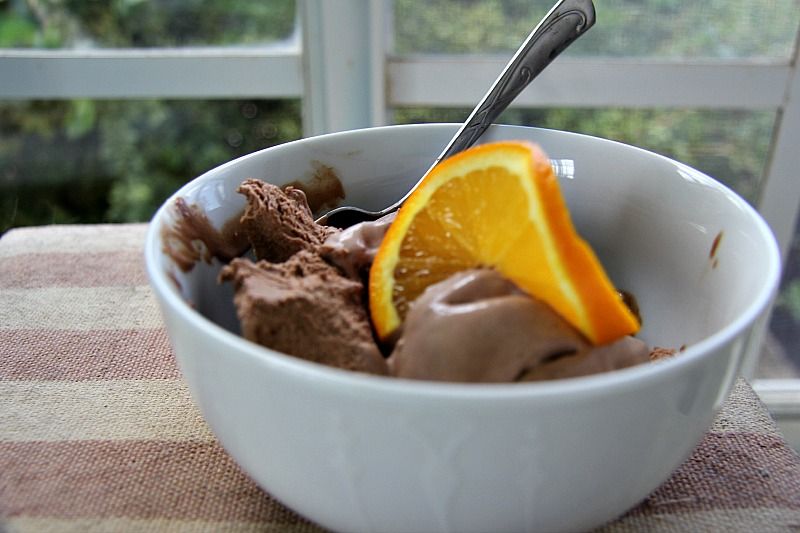 Shopping in Aruba one day, I was in a large DIY store when I came across ice cream makers at a very reasonable price.  They were not the state of the art, proud to display on the kitchen countertop machines but it was still an electrical ice cream maker.   When I got to the till, I found out they were half price.  The happy shopping dance was performed to the amusement of the staff and security kept an eye on me when I left the store, skipping merrily with my purchase.

Finally, I could start making low carb ice cream!  I’ve been playing around with a couple of basic flavours to make sure that I get the texture of the ice cream right before I experimented with flavours like a young child loose in a Baskin Robbins shop.   A low carb ice cream is fairly simple and is just a custard made with cream and milk (I prefer to use coconut milk), throw in some egg yolks, a sugar substitute and voila!  Ice cream for everyone! 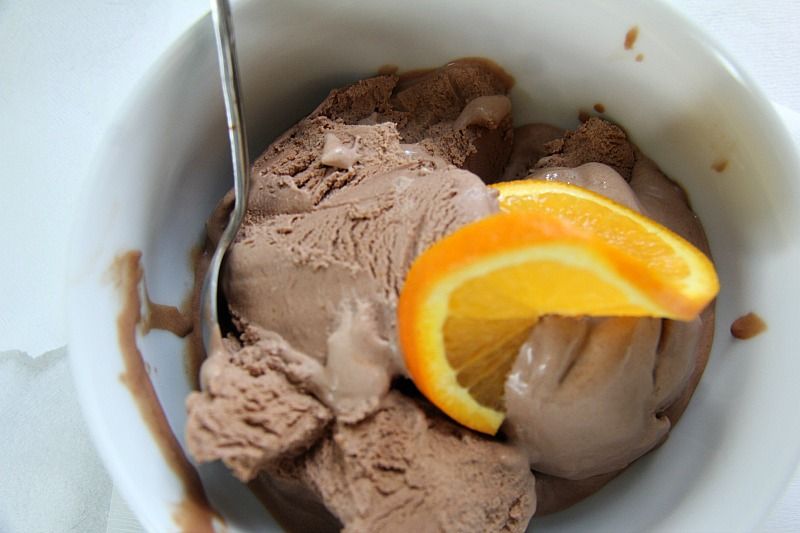 I had made a chocolate ice cream but wanted to add another flavour to it.  As I used to love a Terry’s Chocolate Orange, orange won the flavour contest!   The zest of the orange with the juice it yields, is enough to flavour the ice cream without shooting the carbs through the roof.

Can you make this without an ice cream machine?  To be honest, I’m not sure as I have not tested it but cannot see why not.  The key to any ice cream is the churning of the mixture as it freezes to distribute the ice crystals evenly.  Give it a try and if it doesn’t work completely, you are still left with a delicious low carb ice cream of some sort. 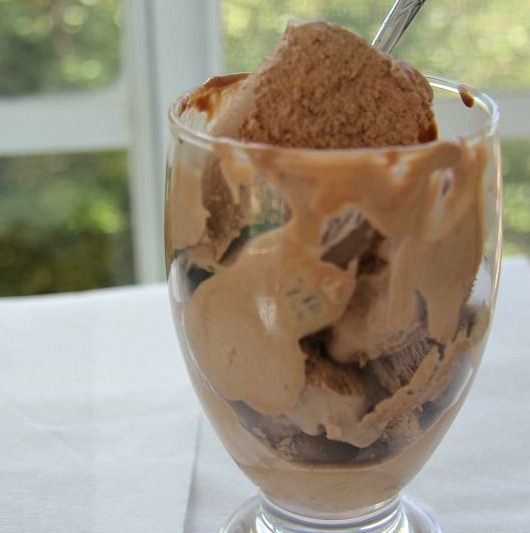