This low carb chocolate cheesecake recipe has a no bake filling upon a peanut flour base. A delightful flavour combination of chocolate and peanut.

One night, I was planning the weekly shop along with what dishes to make. I asked the Chief Taster what he fancied eating this weekend, hoping for a specific dish request. Instead, I received the reply “I like chocolate and peanut”. So, the challenge was accepted and I thought about a dessert. 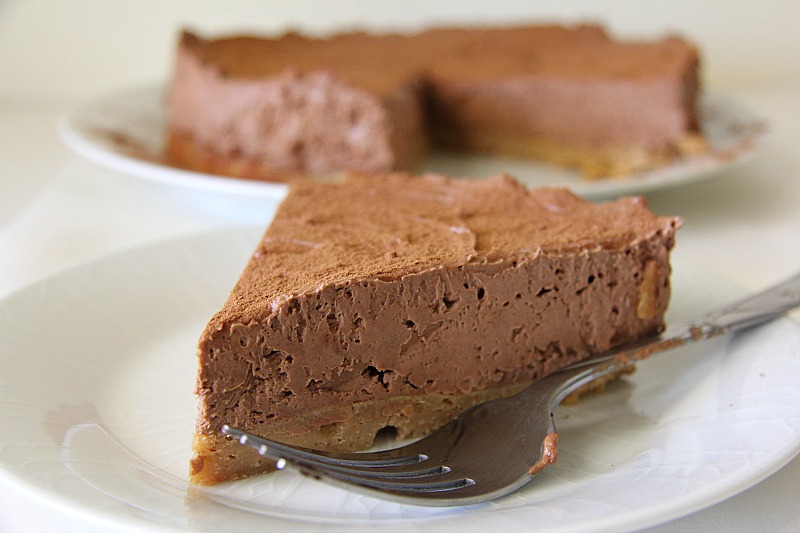 I decided to make a chocolate cheesecake as one is not yet in my recipe collection and as per his request, I made the base out of peanut flour. That way all of the Chief Tasters requests were covered. The base is like a cream cheese cookie recipe that I have as I did not want a very crunchy base. The cream cheese cookie recipe firms up after being in the fridge, so I thought that this recipe would make a good gluten free and low carb cheesecake base too. The base ended up being like a soft cookie dough and was delicious. 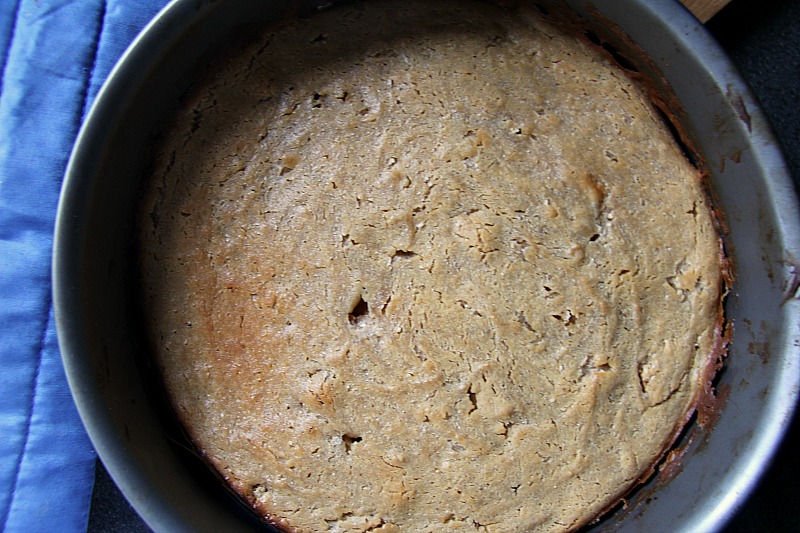 Although I used peanut flour for the base, if you are not a lover of this flour then you could use another base recipe. I have a similar recipe made with almond flour.  Hazelnuts would be a delicious substitution and make a great flavour combination too! 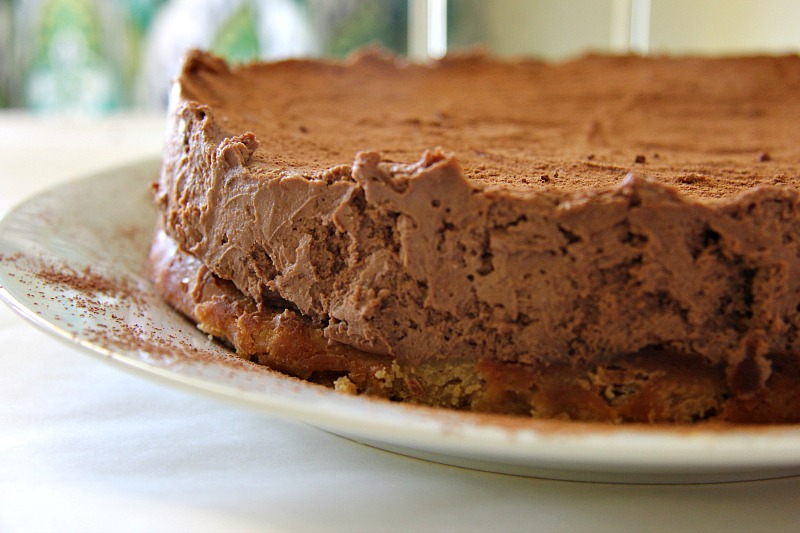 Once the cheesecake had been in the fridge for a few hours the Chief Taster waved a fork and sampled a piece. He was happy with my chocolate and peanut combination and said it’s his favourite cheesecake so far. Since he has taste tested a lot of cheesecakes that’s high praise indeed. It also means that he has finally accepted that the days of my white chocolate, sugar fuelled cheesecake are over. 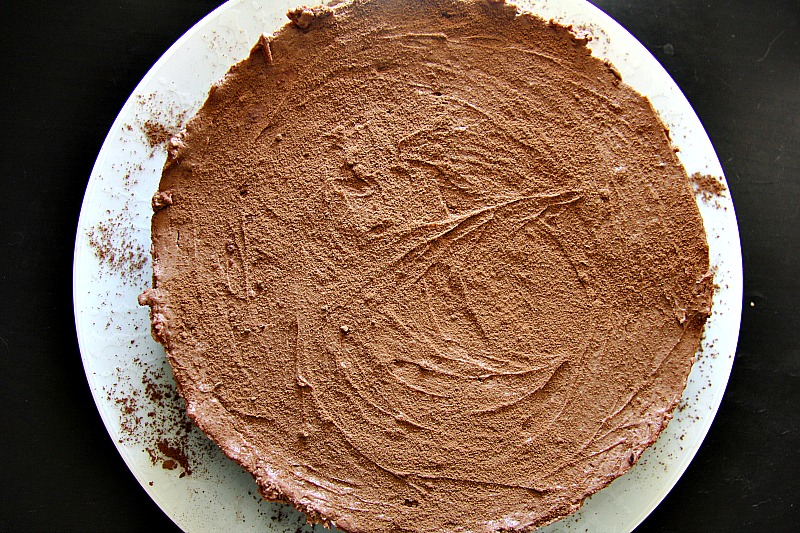 The chocolate flavour is not too rich yet the taste is still creamy as a good cheesecake should be. This no bake cheesecake recipe could be used with other flavours. It’s as simple as blended cream cheese and cream together. Add a flavour and voila! A delicious dessert! 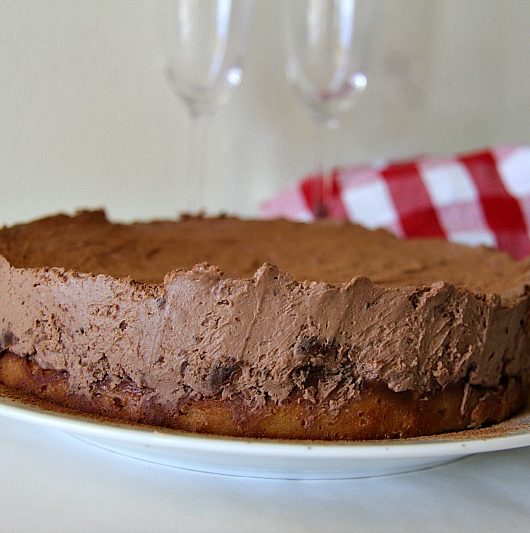 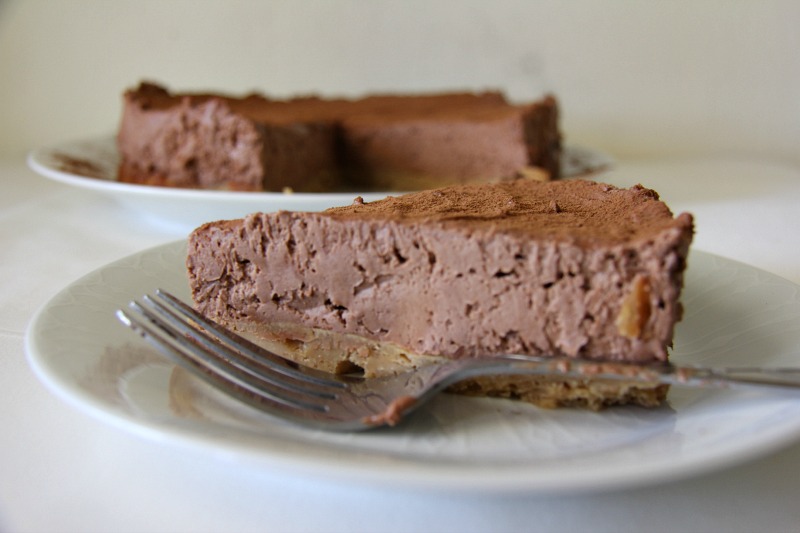