With rum comes rum punch. There are many versions of a rum punch that vary from island to island in the Caribbean and each one is different.  When I see a drinks recipe post with a generic “Caribbean Rum Punch” title I can’t help but raise an eyebrow and sigh.  I must resist myself upon correcting them, and let them enjoy the fond memory of the holiday they had on another rock where they enjoyed one too many rums.   There is no such thing as a Caribbean punch.   The mix of a cocktail varies between islands.

The Barbados rum punch has a great recipe rhyme that is easy to remember.  I call it a nursery rhyme for adults!

One of sour, two of sweet

Three of strong and four of weak

A dash of bitters and a sprinkle of spice

Nutmeg is usually sprinkled over the rum punch and served with a few maraschino cherries.    The sour is lime juice which is sold in bottles in all stores but you could use fresh if you have enough limes.  It must be lime juice and not lime cordial.   The sweet in the “song” is a sugar syrup solution.  Now here is the problem for us.  A sugar solution is out for us. 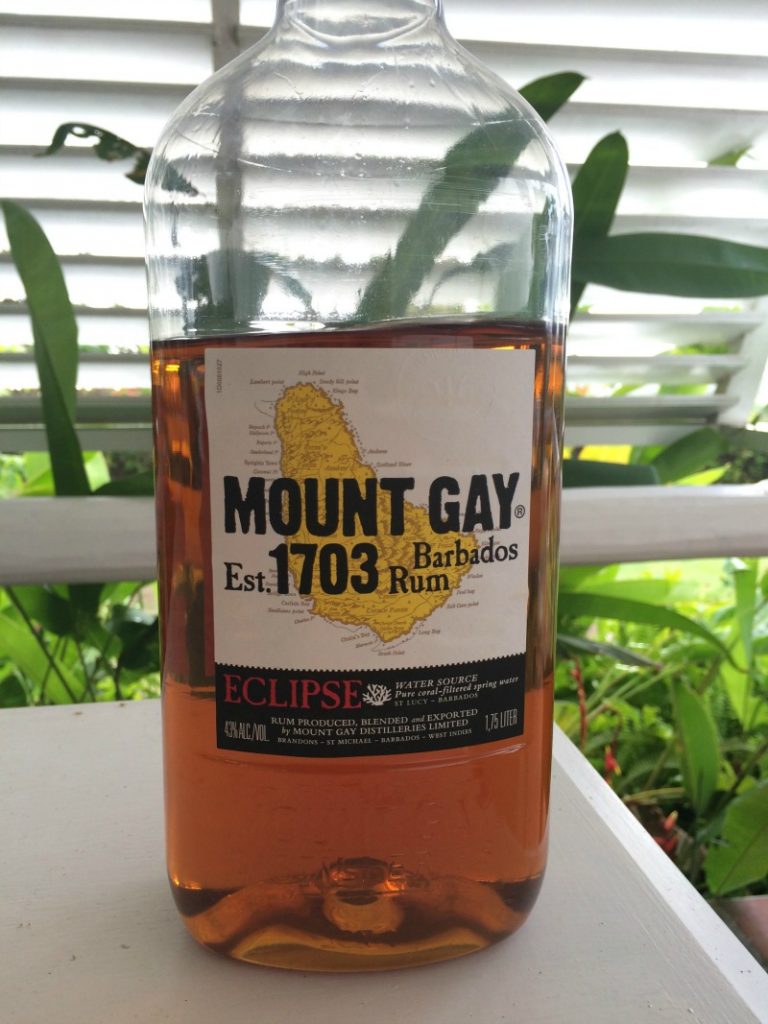 I tried a rum punch without the sugar syrup and used a couple of teaspoons of low carb sweetener (I used xylitol) and dissolved it in the rum.  The sweetness was still there and we raised our glasses with delight in that we can still enjoy a Barbados rum punch.

Rum is to the Caribbean what real ale is to the UK.  There are many varieties and every island will argue that theirs is the best.     It’s very much part of life in this region and when we first moved to Barbados I was amazed at the low price of good quality rum.  What was even more staggering to us was the size of the bottles on sale.  When I first saw a 1.75 litres of rum I thought “who buys that quantity!” and merrily took photos to send home where the reaction was much the same as mine.   We purchased the 75ml bottle, thinking that was sufficient.   A few months later, the 1.75 litre bottle of rum is now in my shopping cart. 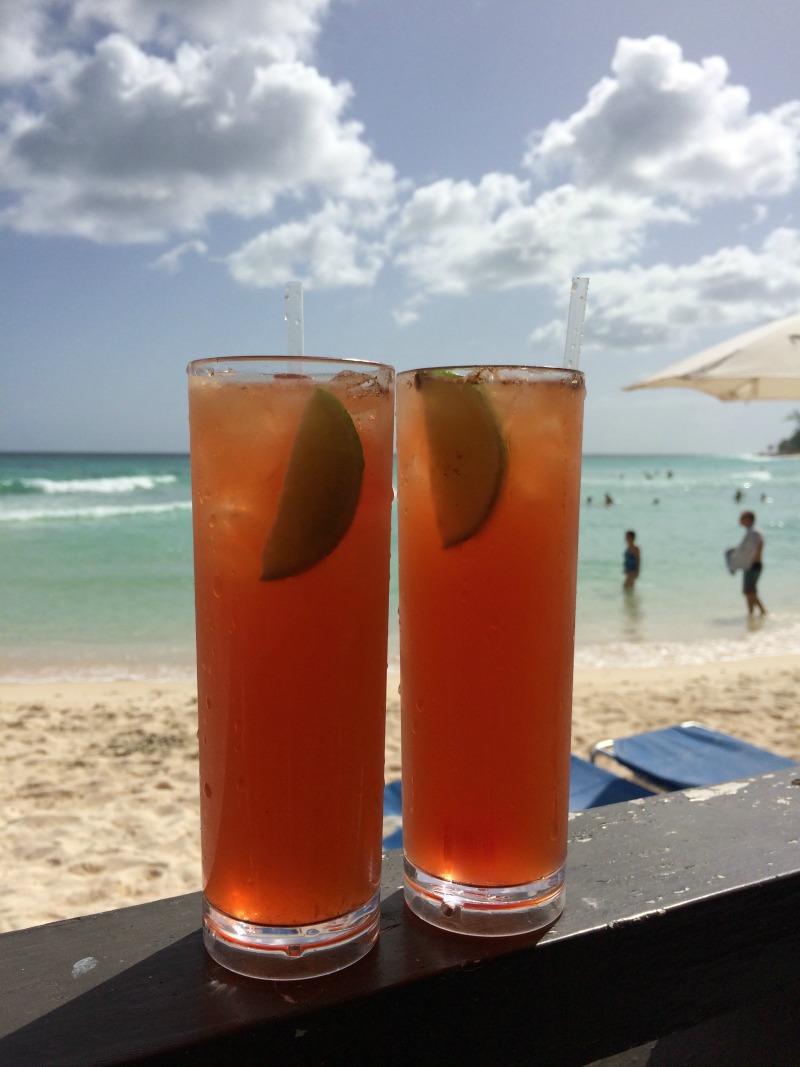 Barbados has four rum distilleries, each having a distinctive taste.  Well, once you start drinking it more often you notice the different flavours.  It is much cheaper to drink rum than a bottle of wine too!  There is the Mount Gay Distillery which is the main brand sold on the island.  Their black barrel rum is particularly good.  The West Indies Rum distillery is home to rums such as Cockspur and Malibu.  Foursquare rum has a heritage park within lovely gardens but it’s the distillery in St. Nicholas Abbey that is set in the most beautiful grounds on the island.

Rum shops and bars are all over the island and usually very colourful.  I assume that they are sponsored by the brewery or distillery when their logos dominated the shop.  Men will be “liming” there and playing dominoes or watching cricket/football.

The rum for a Barbados rum punch must be dark.  No qualms about it, no substitutions.  Dark rum, and preferably Mount Gay rum too.