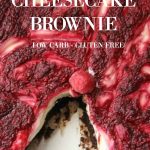 I decided to bake this raspberry cheesecake brownie in a circular cake tin rather than the traditional brownie square tin. The ingredients suggested to me that it was going to be a big dessert so may have been a bit too big for my 8-inch square tin. Do they do 10-inch tins? Plus, it looked pretty and very tempting in a circular cake shape.
Raspberries and chocolate are a great flavour combination. So, add in a cheesecake with a brownie and you have dessert gold! Initially I used more chocolate in the brownie mixture but found it to be very sweet, so reduced the amount for this recipe. 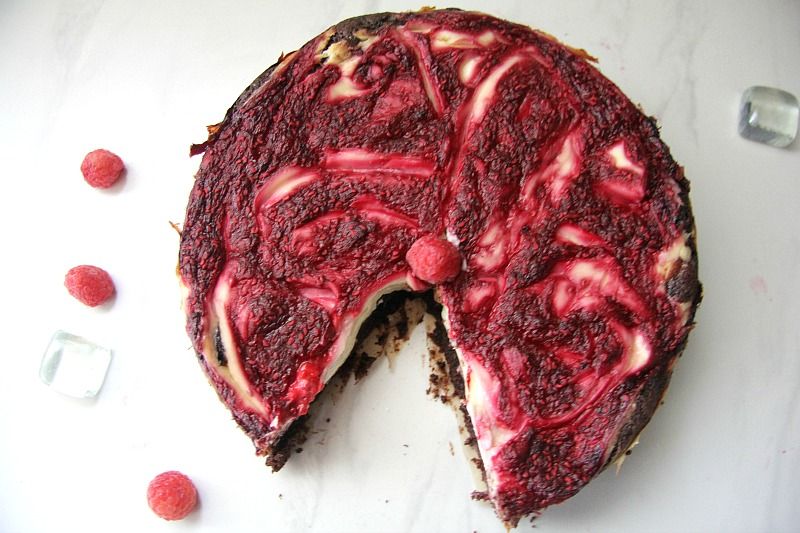 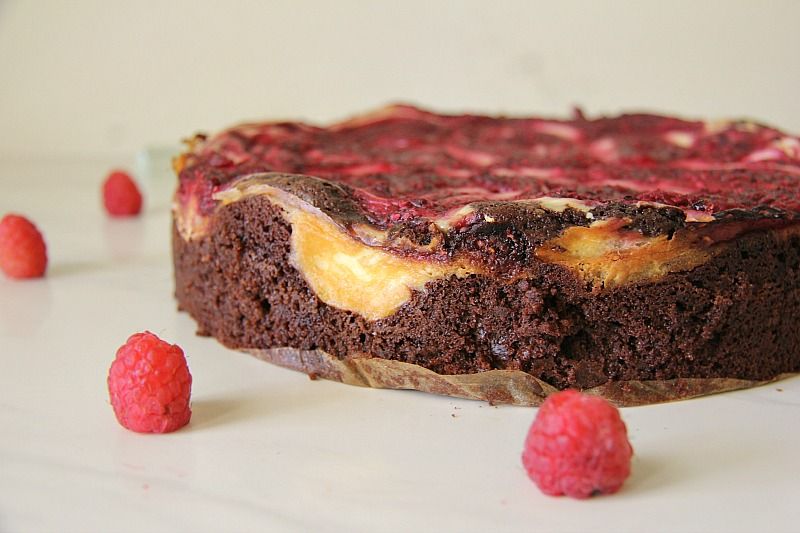 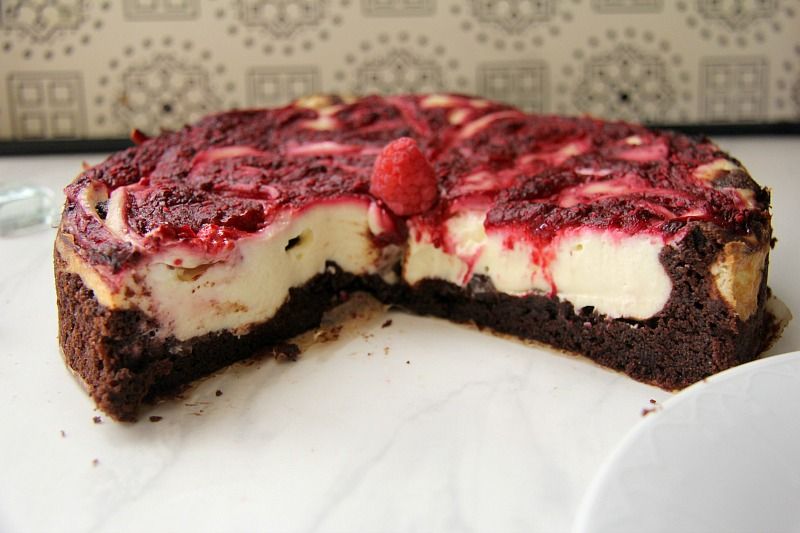 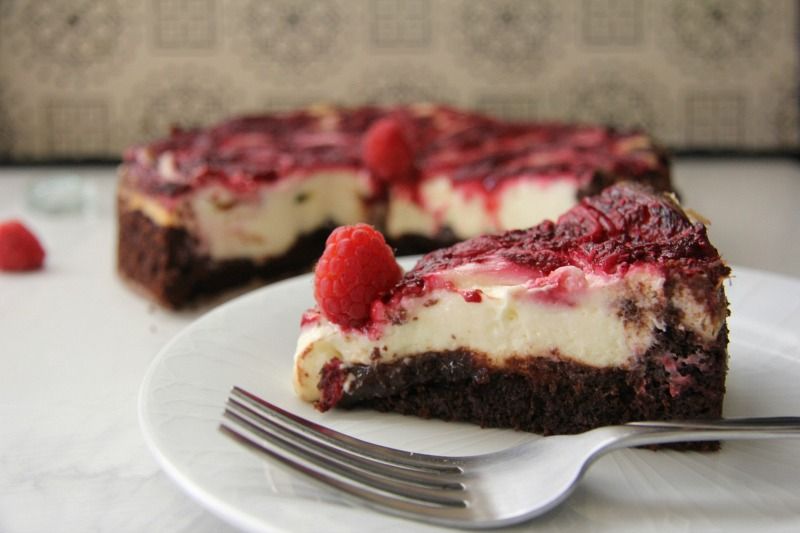 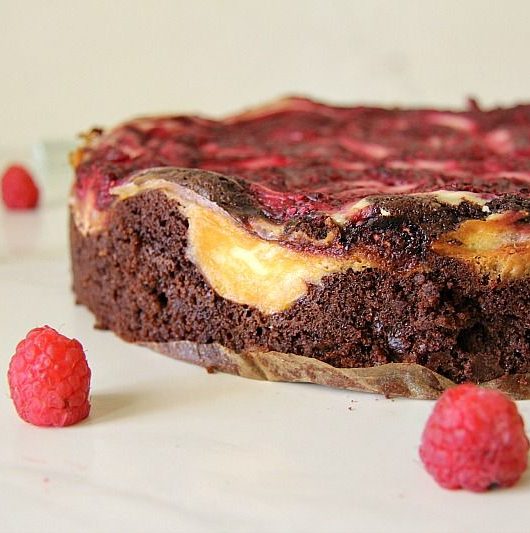 Calories: 302kcal
Have you tried this recipe? Leave a review or take a picture and share it on InstagramMention @Divalicious_Recipes or tag #divaliciousrecipes 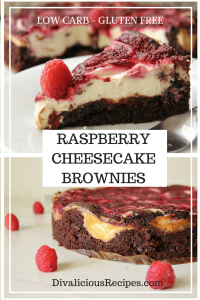