Once the Chief Taster had munched his first square he declared that this is what I should bake all the time so expect a few flavour variations soon enough! 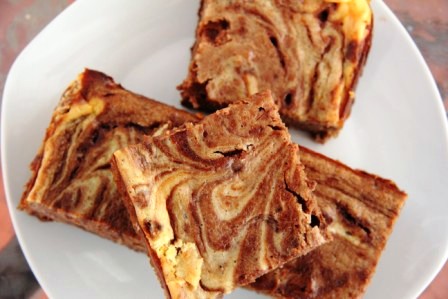 He now also declared that brownies should be at the bottom of a cheesecake.  I think I may have a battle on my hands...;)   I have another brownie and cheesecake recipe where I baked a cheesecake on top of a brownie mixture but this time swirled the two mixtures together and it was just as delicious. 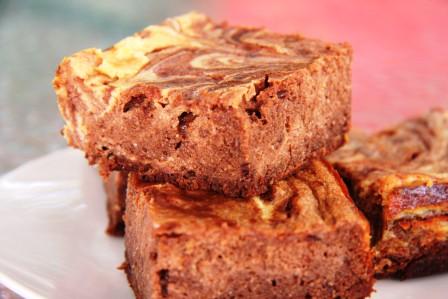 You will need to have some self-control as they taste better after a couple of hours.   Even better the next day, if any are left over!  I baked these in a 8 inch square baking tin and cut them into 9 large pieces.  If you are counting carbs, cut them into smaller pieces.  The nutritional information is at the bottom of the recipe. 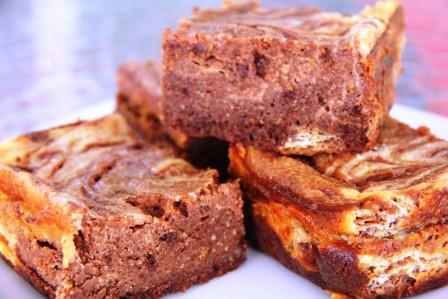 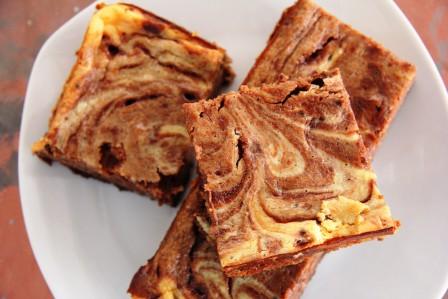 Divalicious Recipes is a participant in the Amazon.com, Max Bounty, Keto Krate & WholesomeYum.com affiliate program.  As a WholesomeYum, Keto Krate, Max Bounty & Amazon Associate I earn from qualifying purchases. Being an affiliate means that we will receive a small commission on sales we refer from this Website. We truly appreciate your support by using our links, but your participation is entirely voluntary.