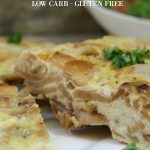 We used to enjoy a Spanish tortilla when we lived back in the UK and visited a local Tapas bar at the weekend.  So, to replace the high carb potato I thought I’d try turnip instead to make a low carb tortilla. 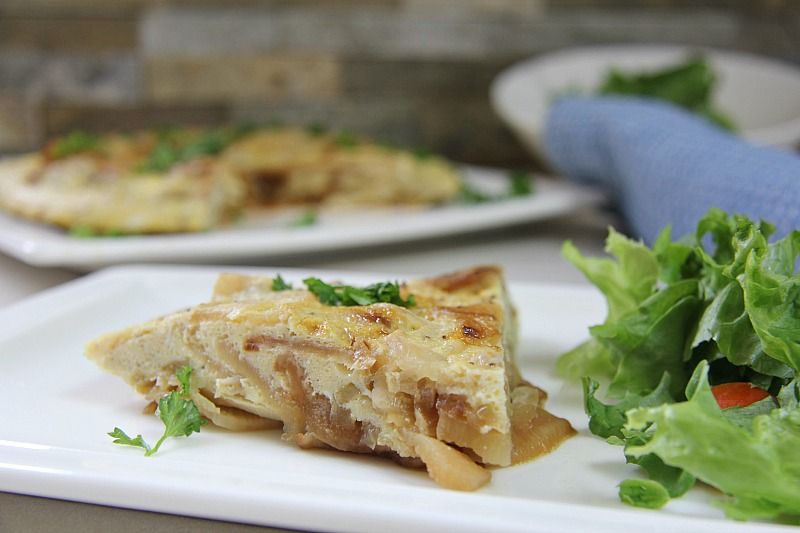 This is a simple dish with just a 3 ingredients and cheap to make too!  Which is always a bonus. 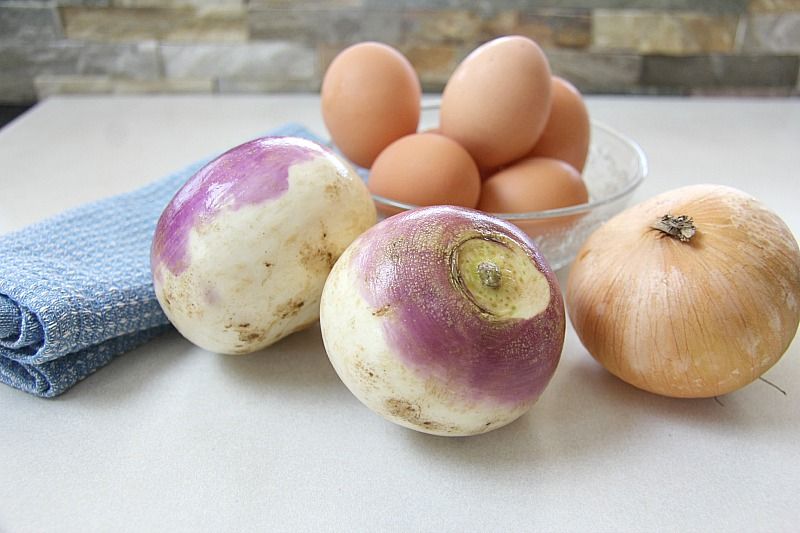 Turnips are a low carb root vegetable and have less than a quarter of the carbs of potatoes.  They are also members of the same plant family as cabbage, kale, broccoli and cauliflower so they are in good company!

You could add other flavourings and vegetables to this low carb Spanish tortilla, but I wanted to keep it as simple as the original recipe.  Next time I might add some smoked paprika. 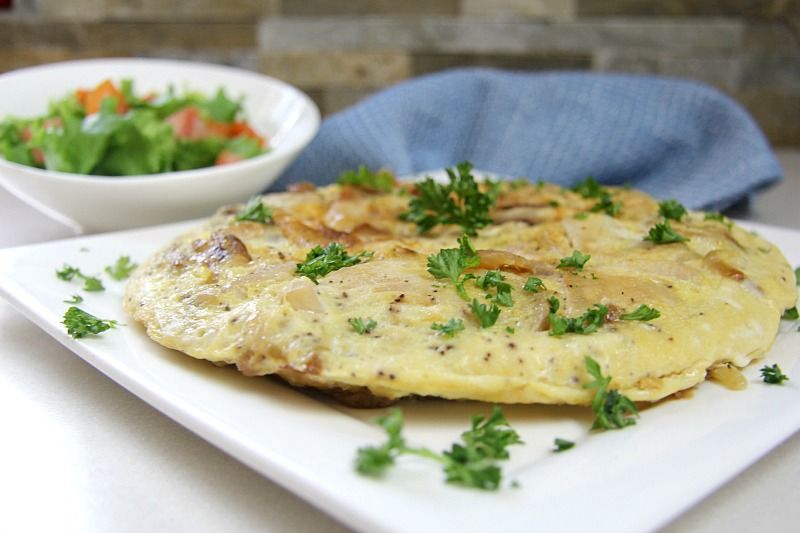 I used an 8 inch frying pan to make this to keep it fairly thick in size.  If you use a large pan, you should increase the eggs, or settle for a flatter tortilla.

When I told the Chief Taster that he was having a turnip tortilla for dinner, his face was a picture.  It’s not something that would normally generate excitement.  A slice later and I was asked “Is there any more of that turnip going?”.  Not a phrase you hear everyday from a meat eater!  I must say I was a bit surprised as I was unsure whether he would like it, plus he had a long busy day at work.  Perhaps hunger and stress changed his palate?  He declared it gorgeous in between devouring it but preferred it warm rather than cold.  I liked both, as I had a piece for lunch the next day, cold.

Turnips are widely available in the supermarkets here in St Lucia, so I expect a regular request for this low carb Spanish tortilla from the Chief Taster.  Along with the usual muffins and cheesecake requests! 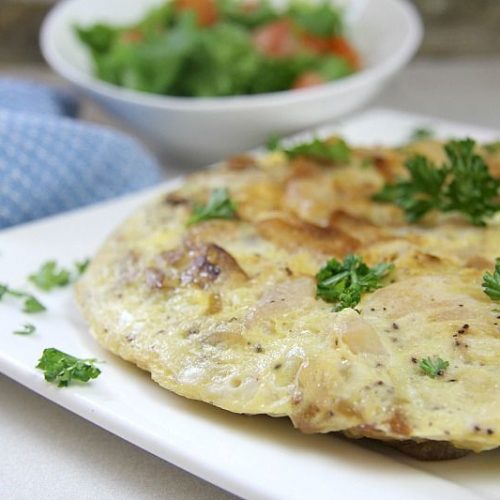 Calories: 122kcal
Have you tried this recipe? Leave a review or take a picture and share it on InstagramMention @Divalicious_Recipes or tag #divaliciousrecipes
You Might Also Like
Keto Hasselback Turnips 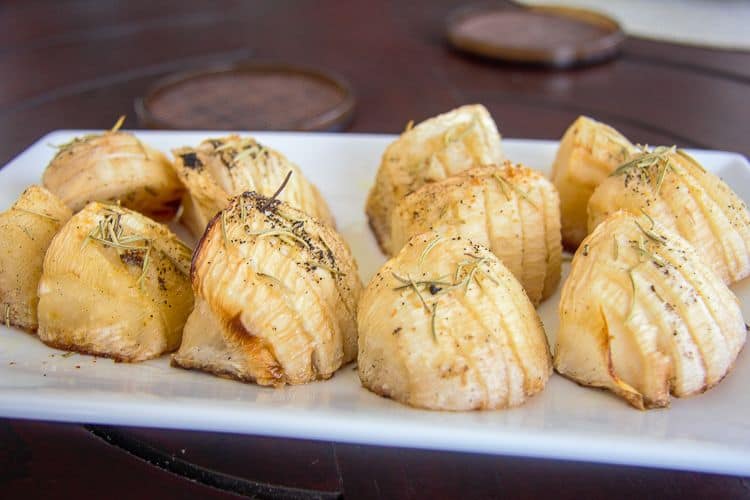 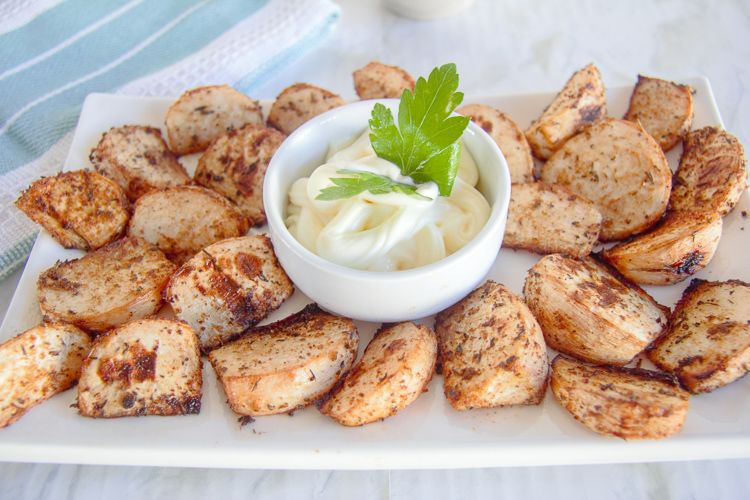 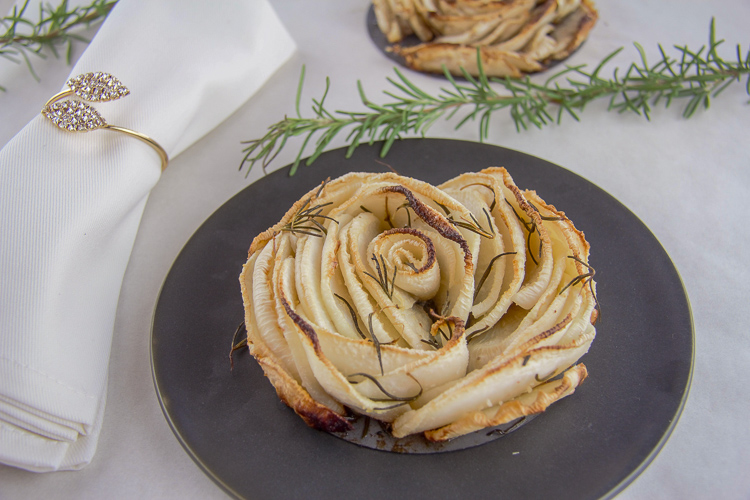