Flaxseed pancakes that the Chief Taster also enjoyed this which is for a first with a dish made with flaxseed!  It does not have the slimy taste that flaxseed sometimes gives.   The cinnamon helps too. 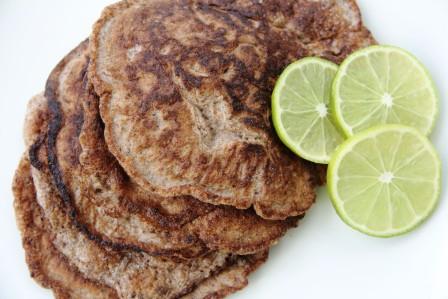 This recipe is from the Low Carb Friends site and is something I've been enjoying for a while.  They are very filling and I can often only manage two at a time.  You may want to half the mixture if you are cooking for one.    You may want to add a bit more sweetener for your own tastes or alternatively slather a stack of these with cinnamon butter or cream!  At 1g net carbs per pancake this is a great low carb breakfast. 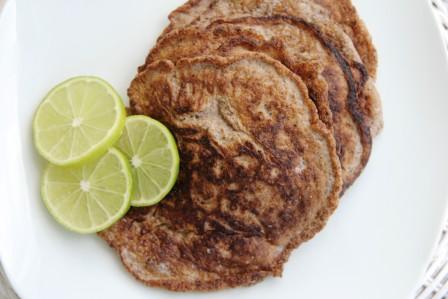 1-2 tblspn erythritol (or sweetener of your choice)

Oil or butter to cook the pancakes 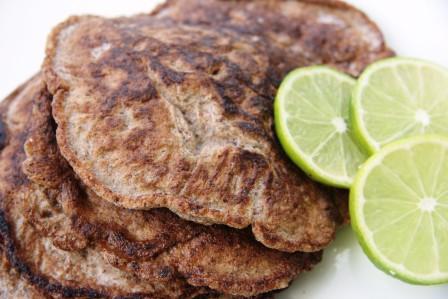 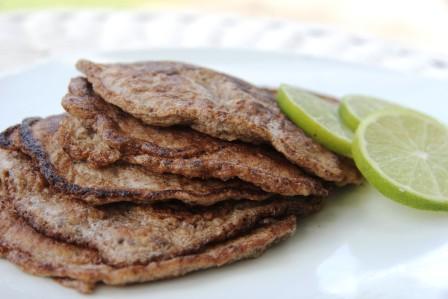